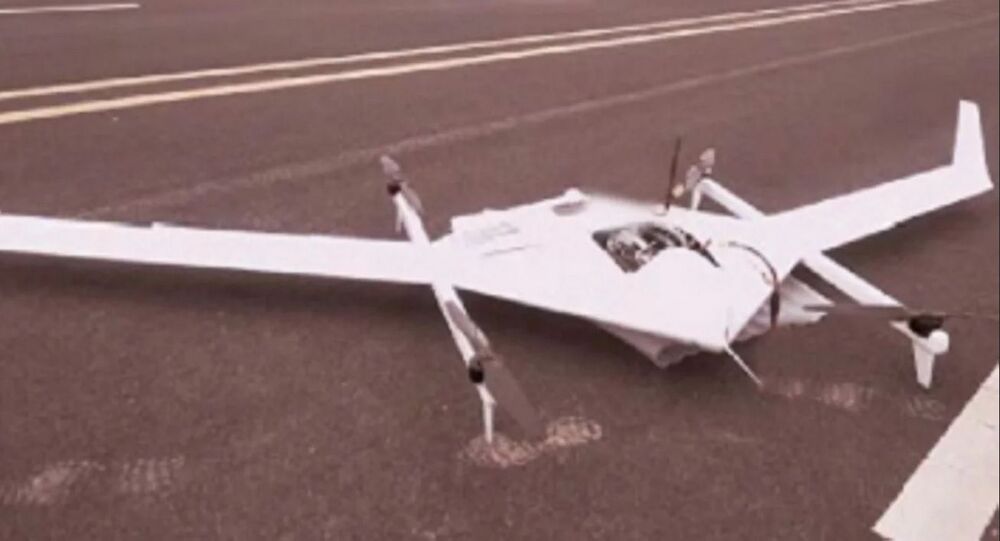 Chinese scientists have tested the experimental FY-36 UAV, which has an engine system driven by methanol - the simplest alcohol, and it is capable of staying in flight for almost 12 hours, the South China Morning Post reported.

The vehicle, developed by the institutions Feye UAV Technology, Dalian Institute of Chemical Physics, and Chinese Academy of Science, weighs 15 kg, has four airscrews, and is capable of reaching a speed of up to 90 kilometres per hour.

© Flickr / Times Asi
Beijing's J-20 Stealth Fighters and GJ-2 UAV to Perform at Airshow China
However, the UAV's main outstanding feature is its engine system that uses methanol and lets the vehicle remain in flight for up to 12 hours. By comparison, most modern UAVs with lithium-powered engines are capable of staying in flight for a maximum of an hour and a half.

Commenting on the test-flights, General Manager of Feye UAV Technology Zhang Wenyu described the methanol-powered engine as a "game-changing" technology.

While the FY-36 is capable of carrying up to three kilograms, it was designed to perform tasks such as power line inspection, search and rescue missions, geological mapping, and military intelligence gathering.