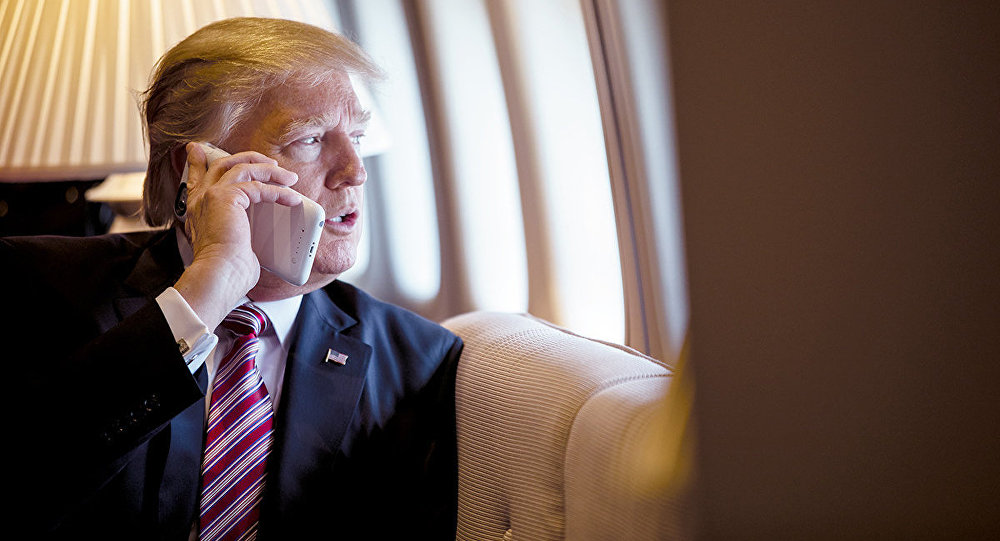 The US president has a famously sour relationship with the liberal newspaper, describing it as the “Failing New York Times” and part of the cohort of “Fake News” media reporting on his presidency.

The New York Times contends that it was able to successfully track President Donald Trump using leaked data from the phone of a Secret Service agent assigned to protect him. According to the newspaper, the privacy exercise also enabled them to identify and track senior officials and staff from every branch of government in Washington.

Using a trove of seemingly randomized cell phone location data from the years 2016 and 2017 obtained from anonymous whistleblowers, the paper combed through the anonymized location “pings” generated by phones and combined them with publicly available information on the president’s movements, quickly enabling it to lock on to Trump.

According to the NYT, it took mere minutes to zero in on a Secret Service phone, showing its movement with the president from his home in Mar-a-Lago, Florida to one of Trump’s golf courses, another Trump property, and back.

The phone data even allowed the paper to identify the Secret Service employee's own home, which made it easy to figure out the employee’s name, the name of their spouse, and other private details.

The Secret Service declined to comment on NYT’s report.

NYT warned that the tracking technique was easy to apply to other officials at the White House and in Congress, the Pentagon, the FBI and the Supreme Court, with the paper able to pick up and track smartphones “in nearly every major government building and facility in Washington,” following the phones back to their homes to reveal their owners’ identities.

The newspaper blamed poor and inconsistent enforcement of federal security rules aimed at ensuring employees’ privacy and preventing leaks, and said smart phone and app makers were partly to blame for hiding information collection methods from the digital devices’ owners.

Observers speaking to NYT also warned that US adversaries like China, Russia, North Korea and others were almost certainly trying to obtain this kind of sensitive information on senior US officials.

Privacy concerns fuelled by smartphone technology have grown exponentially in recent years, with whistleblowers, activists and even governments voicing concerns about the unscrupulous collection and dissemination of private information by companies, states, and malicious actors.