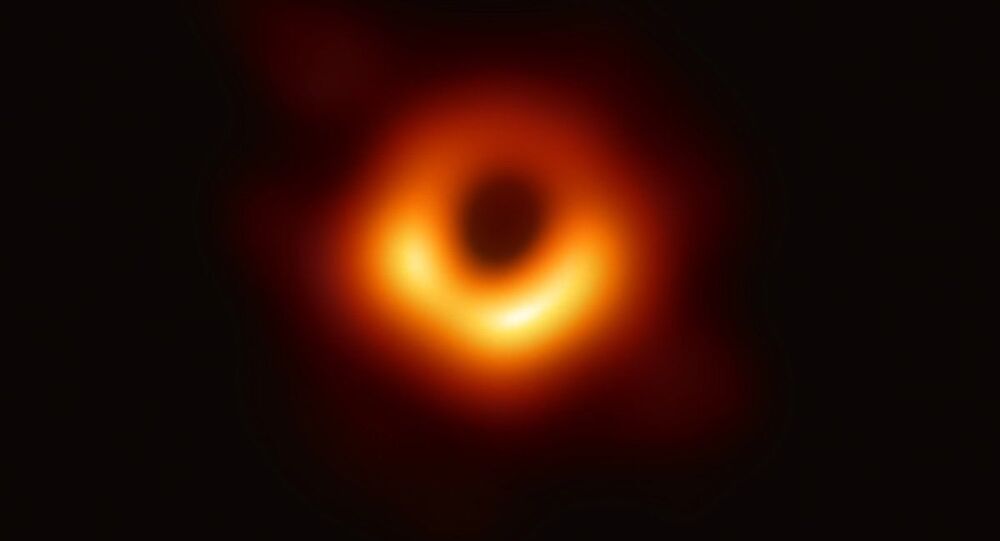 The image provides tangible evidence of an object whose existence was predicted by solving theoretical equations formulated by Albert Einstein half a century ago. Aside from that, what can be cooler than an image of something that is essentially invisible?

The first image of a black hole, which astronomers captured earlier this year, was awarded the “Breakthrough of the Year” award by the prestigious Science journal.

In order to capture the image, astronomers rigged the Event Horizon Telescope – a ‘virtual telescope,’ or a network of multiple satellites and the cooperation of some 200 scientists around the world, the Daily Mail said. The image of the black hole, located 55 million light-years from Earth, at the center of the Messier 87 (M87) galaxy, was published on 10 April this year.

While it is impossible to make a photo of a black hole itself - because light does not escape its gravity well - a black hole is surrounded by a disc of matter which emits very strong electromagnetic energy as it is consumed by black hole’s gravitational pull. This disc, known as an accretion disk, shines brightly in a radio telescopic spectrum, allowing us to ‘see’ the black hole.

First image of a black hole named by U.S. journal Science as 2019's Breakthrough of the Year https://t.co/vXSl1LSG0O pic.twitter.com/P2PtWmszxx

Ahead of the photo’s publication, science- and technology-focused YouTube channel Veritasium provided a simple model of a black hole and explained how gravity bends the space around the black hole and why the image looks like it does: with lower part of the accretion disk significantly thicker and brighter than the upper.

The scientific significance of the image lies in the fact that before this photo was taken, black holes remained a theoretical possibility predicted solely by Albert Einstein’s theory of General Relativity. What was discovered initially as a solution to equations has been captured as a real physical object for the first time.

“This was a great year for science, but what could be more wondrous than actually seeing a black hole?” said Tim Appenzeller, Science news editor, according to the Daily Mail. “It sounds like magic, but it was really an astonishing feat of teamwork and technology.”

Roger Blandford, a Stanford University astrophysicist, said that while the image was indeed a major breakthrough, astronomers will push forward to procure more images with vastly increased resolution.