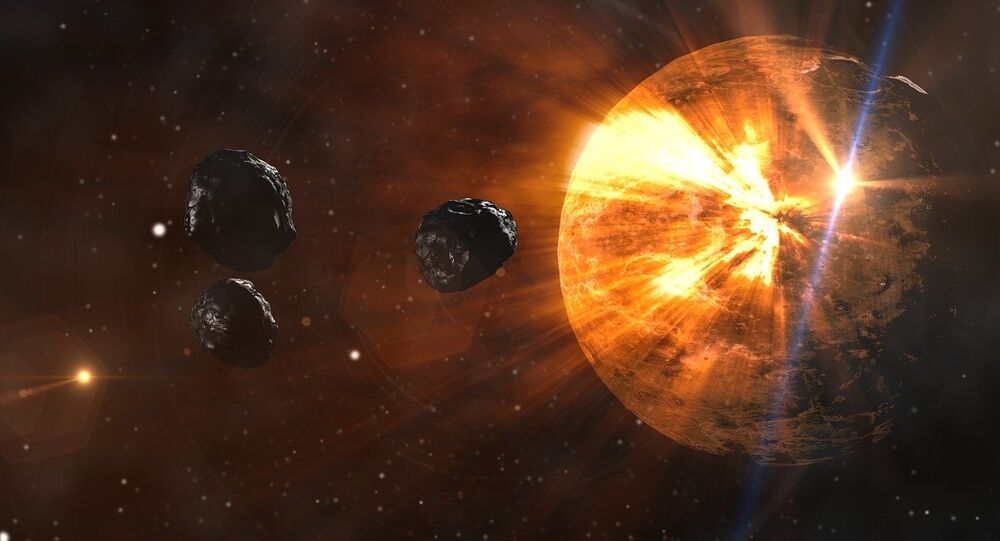 Celestial objects and space debris hit our planet almost on a daily basis; however, they don’t pose any danger to humanity, as only enormous meteors or asteroids are able to reach the Earth’s surface and not burn up in the atmosphere. That is where the main characters in our article come in – the huge 2019 XF and enormous 216258 (2006 WH1).

Two humongous asteroids, each capable of annihilating an entire city, are approaching our planet, NASA reported. The agency’s Centre for Near-Earth Objects, tasked with monitoring celestial objects that may pose a danger to the Earth, reported that the two asteroids will swoosh past us this week.

The first big guy – 2019 XF – is estimated to be 130 metres in diameter, which makes it as big as the pyramid in Giza. The asteroid is travelling at a break-neck speed of 83,000 kilometres per hour. Scientists say it will pass our planet on 17 December at 11:13 EST time.

NASA categorised both celestial bodies as Apollos, which means that they occasionally cross the Earth’s orbit as it travels around the Sun. Due to its proximity to our planet, 216258 (2006 WH1) was categorised as potentially hazardous.

Both celestial bodies would leave enormous craters on the ground and destroy everything within an area as large as a major city. If they fall in the ocean, the impact would create massive tsunamis that would wipe out coastal areas. However, researchers say that these two do not pose threat to us.