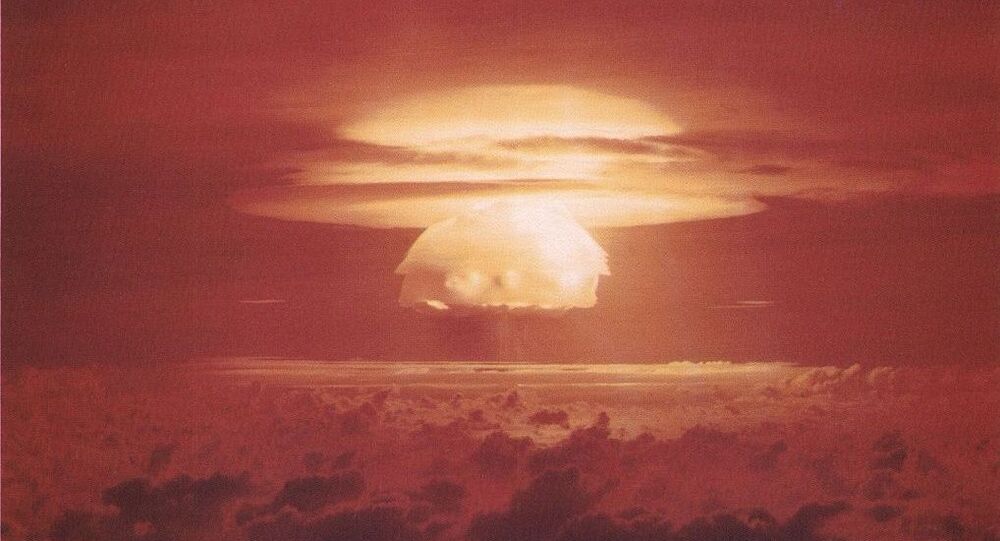 A series of nuclear bomb tests were conducted in the Pacific right after World War II, and they appear to have left behind enduring traces that haven’t been properly surveyed until recently.

Scientists have for the first time registered and mapped the aftermath of underwater nuclear tests from the 1940s and 1950s, as they combed the so-called Bikini Atoll in the Marshall Islands, Popular Mechanics reported citing the research revealed at a 2019 meeting of the American Geophysical Union in San Francisco.

Using advanced sonar, the team of researchers scanned the sea floor for evidence of the first two tests on the atoll, which were conducted as part of Operation Crossroads.

The explosion was 50 percent more powerful than the bomb dropped on Hiroshima. Able sank five warships but according to scientists there is no distinct sign of the test on the seabed.

The blast from the second bomb, Baker, was even more powerful, although it was a smaller, a 21 kiloton device. The tsunami it caused sank ten ships, including battleships and aircraft carriers, with the blast leaving a sprawling crater eight metres deep and almost 700 metres wide.

Separately, the researchers surveyed the Castle Bravo site, where the US conducted the first and the biggest atmospheric test of a hydrogen bomb, as part of Operation Castle.

A much more powerful one, it wiped three islands off the face of the Earth and left a huge crater of about 1,400 metres in diameter. The devastating Castle Bravo test spread radiation for hundreds of kilometres away, with radiation reaching such remote places as Australia and Japan.

As noted by Space.com, the National Park Service surveyed the area in the 1980s and 1990s, but failed to discern the contours of a crater – the heavy environmental toll of the nuke tests.