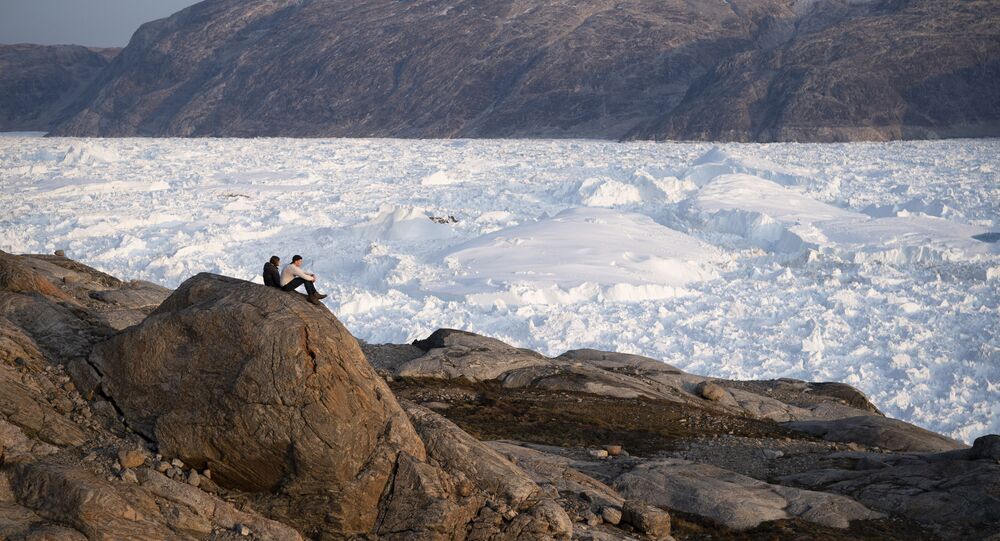 The powerful shield surrounding our planet is considered to be a key factor making Earth more hospitable for life, as it protects lifeforms from solar energy particles and helps our planet retain its atmosphere and liquid water.

An expedition to Greenland led by Claire Nichols, a palaeomagnetist at the Massachusetts Institute of Technology in Cambridge, has discovered that ancient rocks from Greenland containing iron minerals are 3.7 billion years old and hold data on the Earth’s magnetic field. This might confirm that the planet’s magnetic field dates back to when life is first thought to have appeared on our planet.

As the outlet Nature reports, they studied rocks from the northern Isua region, as they have been least impacted by the geological forces that make formations lose their magnetism. The researchers are said to have run various tests to prove that the signal, which appears to confirm the age of Earth’s magnetic field, came from billions of years ago and was not acquired during later heating and squeezing.

© AP Photo / Red Bull Content Pool / Mads Pihl
Scientist Terrified by Strange Metamorphosis of Ice Sheet on Greenland
By now, the oldest-known evidence for the age of the magnetic field is South African rocks thought to date back to 3.5 billion years ago. However, Nichols’ hypothesis about the older age of the magnetic field is yet to be confirmed. To do so, geoscientist Nicholas Swanson-Hysell at the University of California, Berkeley suggests that researchers should compare the rocks in question from Greenland to those from parts of north-eastern North America, which broke off from the island long ago.

Some, however, are sceptical about her findings.

“I’d like it to be true, but I’d like to see more”, palaeomagnetist John Tarduno from the University of Rochester in New York told Nature.

His team made an even bolder claim several years ago, saying that zircon crystals from Australia contained signs that the magnetic field is four billion years old, but this was later disputed. According to some, they could not be accurately dated.