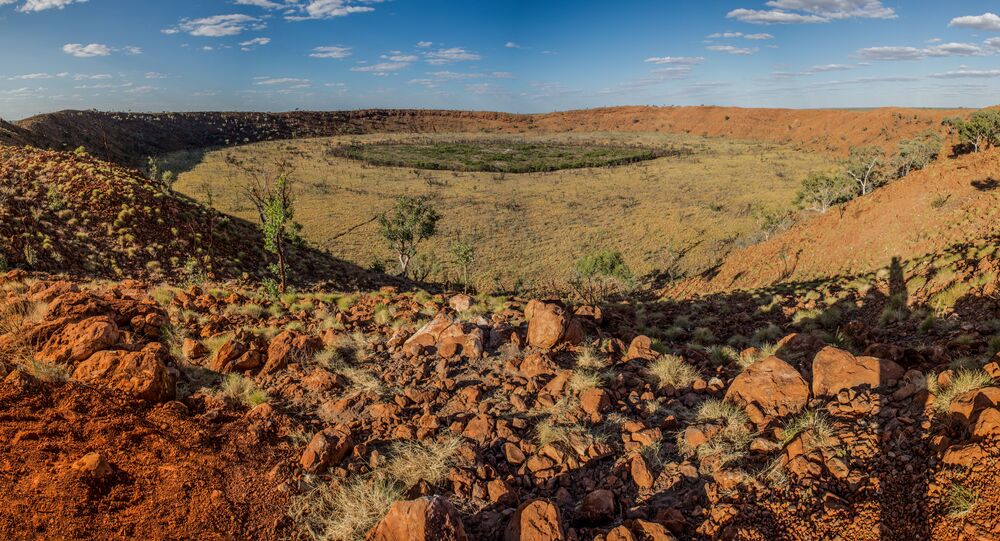 A team studying Australia's Wolfe Creek Crater calculated how often meteorites hit Earth with the force of massive nuclear explosions – every 180 years to be precise.

Professor Tim Barrows from the University of Wollongong led an international team that used two techniques to date rocks affected by the impact of Wolfe Creek Crater, revealing that it is much younger than previously thought.

"The first one was to get some rocks from the crater rim which had been ejected when the meteorite hit, and this creates a fresh surface that gets exposed to radiation, and we can determine how long that exposure has been for," Barrows said. "The second technique was to look at the dune field which had been deflected by the crater."

The team found that it was most likely that an iron meteorite 15-metres wide hit the site 120,000 years ago — less than half the previous estimate of 300,000 years ago.

"The amount of energy that was released when the meteorite hit was something about the order of 30 to 40 times the energy released from the bomb that was dropped on Hiroshima," Barrows said.

The Wolfe Creek Crater is one of planet Earth's best-preserved craters, partly due to its relatively young age, but also due to its location in a geologically-stable desert — which describes two-thirds of Australia, meaning that earthly meteorite craters found here have their best chance at longevity.

"Australia's arid area is an excellent area in terms of preserving meteorites, there's a huge number of meteorites that have been found on the Nullarbor Plain for example," Barrows said, "But it's also great for preserving craters because the erosion rates are so low."

Barrows and his team found that meteorites measured in tens of metres, like the one that created the Wolfe Creek Crater, are much more common than large meteorites, measured in kilometres, which only impact the Earth every few million years. Six other Australian craters with known impact dates were combined with the new research on Wolfe Creek to produce a frequency of strikes for that area of the Earth's surface.

“It looks like we're getting at least one big meteorite — by big, more than say, 25 meters or so, every 180 years," Barrows said. “There's probably been four craters formed by meteorites hitting Earth in just the last 60 or 70 years.”

Barrows said that since most of these meteors are hitting oceans – as 75 percent of our planet is covered with water -  it is unlikely that such a meteorite would hit a population centre. However, Barrows says, they are still major events in the geological history of those areas.

Geminid Meteor Shower Peaks in the Sky Across US - Video

It's Raining Stars, Hallelujah! This Year's Biggest Meteor Shower to Reach Its Peak Next Week