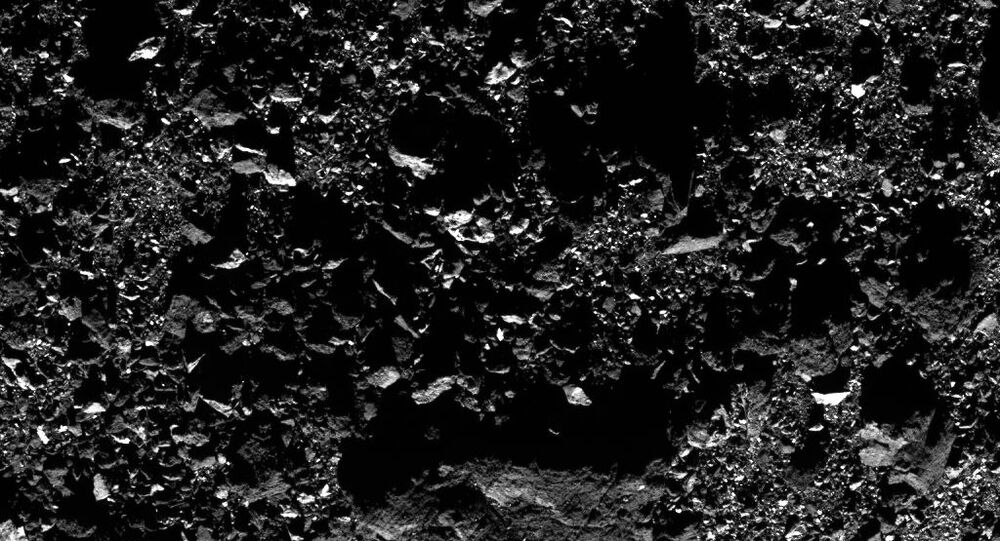 WASHINGTON (Sputnik) - US space scientists selected a site on the distant asteroid Bennu for the OSIRIS-Rex spacecraft to swoop down, grab a sample from the orbit’s boulder-strewn surface and return to Earth, NASA said in a press release on Thursday.

"The area safe enough for the spacecraft to touch is much smaller – approximately 16 metres (52 feet) in diameter, resulting in a site that is only about one-tenth the size of what was originally envisioned", the release said.

NASA explained the site was selected after the spacecraft spent a year stalking and scoping the asteroid.

Additional reconnaissance flights will be needed for the 'touch-and-go' sample collection attempt, the release said.

The spacecraft will begin its journey back to earth in 2021 and is scheduled to return to Earth in September 2023, the release added.

By studying the sample from the space rock, scientists hope to learn details of how the Solar System formed, according to the release.

Earlier in the day, NASA said that Earth is slated to have a close encounter with an asteroid that would fly nearby Earth on Friday at a speed of more than 28,000 km/h (almost 18,000 miles an hour).