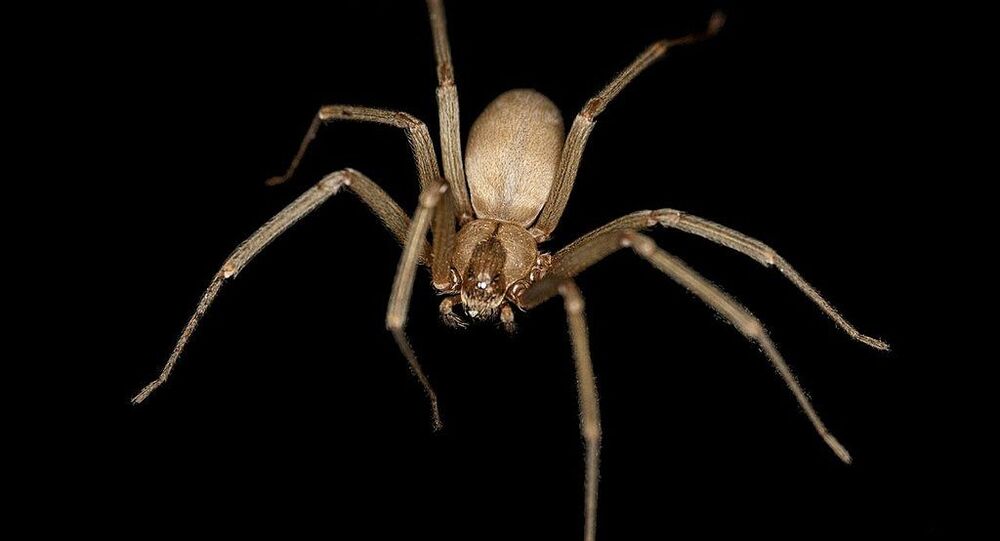 The newly-discovered species belongs to Loxosceles, a genus of reclusive spiders known for having a potent necrotic venom that can rot human flesh.

Scientists in Mexico have found a species of spider that likes living indoors and may scar you for life.

The National Autonomous University of Mexico (UNAM) said in a press release that the spider was discovered by a group of students led by university professor Alejandro Valdez-Mondragón.

Loxosceles spiders have a bad reputation for their tissue-destroying venom. They typically aren’t aggressive, but can bite humans as a self-defence.

A bite is painless but can cause up to 40cm of necrotic lesions in the skin that take several months to heal. These wounds are not deadly but look extremely unpleasant (click here to check out some really graphic photos of a necrosis caused by a recluse spider). One in three bites leaves a permanent scar.

Valdez-Mondragon said that these spiders are shy and usually hide in places with lots of stored items (such as warehouses) and rubbish, as well as in walls, under beds, wardrobes and other furniture.

He said: “We provide them with the temperature, humidity and food to establish themselves in our homes, which puts us at risk of having an accident with them, although they also perform an important ecological function when feeding on insects.”

The biologist said the best way to avoid Loxosceles tenochtitlan from settling down at your apartment is to keep your home clean and tidy and free of debris.