The little-known Empire of Aksum is believed to have been a sprawling metropolis that dominated much of Eastern Africa from the first century BC through 825 AD and rivalled the Roman empire in terms of size and power.

Archaeologists have discovered a village in northern Ethiopia that once belonged to a thriving empire that rivalled the Romans.

Researchers have dug up a grid of stone walls and the remains of stone buildings in Beta Samati, a town that is believed to have existed from 771 BC to AD 645 and was inhabited throughout the rise of the Aksum civilisation.

lost town “Beta Samati”
Archaeologists have discovered an ancient buried town in Ethiopia that was inhabited for 1400 years. The town was part of a powerful civilization called Aksum, which dominated east Africa for centuries & traded with other great powers like the Roman Empire pic.twitter.com/3iRA5KaFKY

Michael Harrower, lead author of the study and Associate Professor of Archaeology at Johns Hopkins University, stated in a press release:

“The excavations of Beta Samati help fill important gaps in our understanding of ancient Pre-Aksumite and Aksumite civilisations.”

The report, entitled “Beta Samati: discovery and excavation of an Aksumite town”, has been published for the first time in Antiquity.

The Aksumite civilisation, despite its prominent place in the ancient world, remains a mystery to archaeologists today. This partly explains why the discovery of the town of Beta Samati is so important, as finds dating to the Kingdom of Aksum are surfacing in the Yeha region of northern Ethiopia.

Harrower revealed that the town itself was found in 2009 but was not excavated before, and local residents played an important role in the current discoveries:

“Local village elders have long recognised Beta Samati as an important historical place but many of the specific details of the site's history seem to have been lost over time, and that's where archaeology can help clarify the area's history.”

According to Harrower, it was the locals who actually tipped them off to researching the site further, as the name that the Tigrinya people had given to it, Beta Samati – “house of audience” in the local language, suggested it was a place of local administration where political authorities were situated, perhaps in association with the basilica.

Researchers have found that Beta Samati was first occupied by the Pre-Aksumites around 750 BC. From there it was a regional centre as the Aksumites took hold, and remained important after they converted to Christianity.

The place was eventually abandoned, hundreds of years later, in around 650 AD.

In a tremendous breakthrough for the scientists, signs of all of these stages can be traced in the discoveries, ranging from commercial buildings and homes, to even one of the oldest Aksumite Christian basilicas, dated to the 4th century AD.

The team discovered evidence of glass and metal production as well as signs of food processing and consumption in a complex of rectangular stone buildings.

The research at Beta Samati is part of the Southern Red Sea Archaeological Histories (SRSAH) project launched in 2009. Prior to it, experts believed the Yeha region had lost significance when Aksum (Axum) was made the Aksumite kingdom’s capital city.

The finds dug up at Beta Samati seem to challenge this idea, as Dr. Ioana A. Dumitru, from Johns Hopkins and a co-writer of the paper told the press:

“Beta Samati is a very densely populated ancient settlement with both residential and religious structures” and it “reveals important details about daily life in ancient Ethiopia” through its buildings and artefacts.

Scientists have found fascinating indications of cross-cultural interaction in some of the artefacts unearthed at the site, as it appears there were Roman and pagan influences at Beta Samati. Animal figurines, crosses, stamp seals and artefacts have been dug up in and around the basilica, which were probably used in trade and administration.

Researchers are shedding light on a mysterious kingdom thanks to the discovery of the Aksumite town of Beta Samati in Ethiopia.https://t.co/Zl3afmrfah

One discovery was particularly singled out. It is a gold and carnelian intaglio ring.

Explaining the reasons for the significance of the find, Harrower said:

“After decades of being asked, “Did you find any gold?” We could finally say yes. Interestingly, the gold bezel, carnelian intaglio centrepiece of the ring resembles Roman rings, but the bull's head iconography is uniquely African showing a fascinating mixture of European and African traditions that illustrates the vast cultural interconnections of Aksumite civilisation.”

The Kingdom of Aksum thrived between the 1st and the 8th centuries AD in the region of what is today northern Ethiopia and Eritrea, with research indicating it traded with the Roman Empire and ancient India. 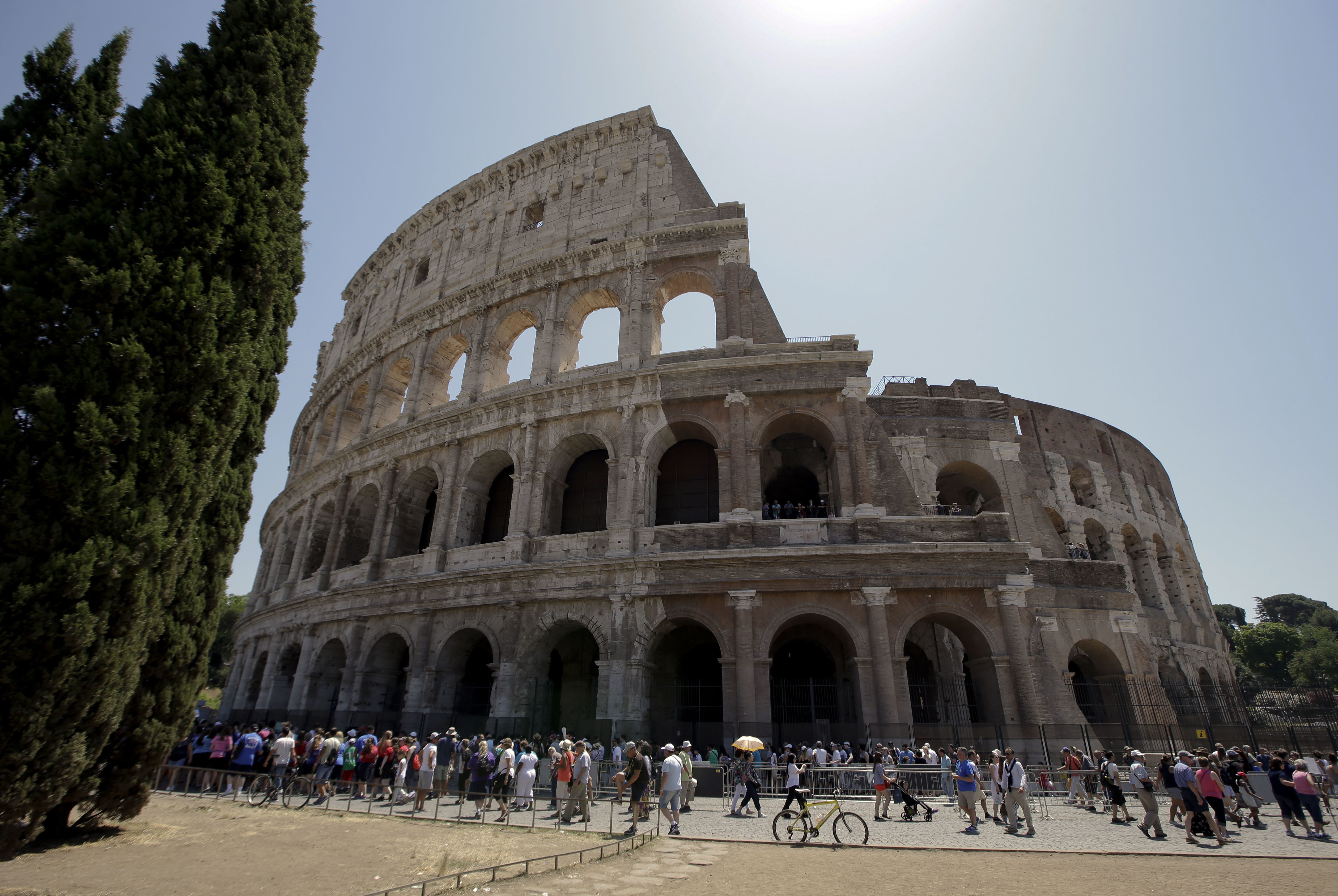 © AP Photo / Andrew Medichini
A view of the Colosseum after the first stage of the restoration work was completed in Rome, Friday, July 1st, 2016.

Both Judaism and Christianity had a role in Aksumite life – which could be explained by outsider influence facilitated by the flourishing trade.

Beyond this, little has been known about the Aksumites and their empire, which was one of the world’s most influential ancient civilisations.

According to Harrower, this renders the current discoveries at Beta Samati extremely important.

Finds at Beta Samati are able to shed light on Aksum’s official conversion from polytheism to Christianity and the arrival of Islam in northern Ethiopia.

The new research will possibly clarify the nature of political and religious authority at what was an administrative centre standing on the trade route that connected the capital of Aksum to the Red Sea and beyond.

Looking to the future, the lead author of the study said they were currently publishing the results of excavations and archaeological survey of the surrounding area, as well as fundraising for future research, as there are long-term plans to develop the site for tourism to boost the local economy.