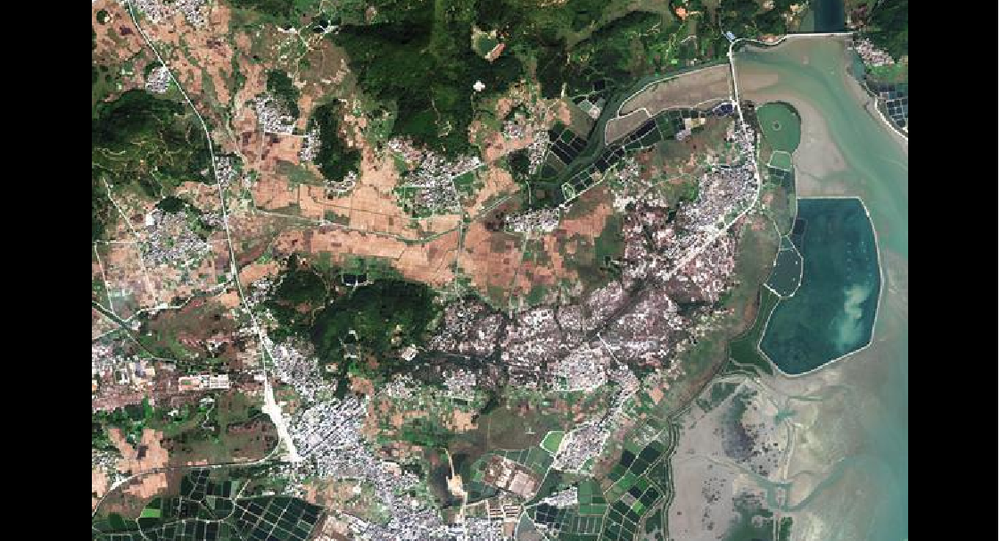 At a special photo exhibit in Beijing’s new Daxing International Airport on Tuesday, the China National Space Administration (CNSA) showed off the capabilities of its new Gaofen-7 satellite.

Launched from the Taiyuan Satellite Launch Center in early November, Gaofen-7 is the country’s first optical transmission three-dimensional survey satellite for civilian use, with a resolution so powerful, it can perceive objects of just 0.65 meters’ width in focus, even though it is 506 kilometers above the Earth’s surface, Xinhua News Agency reported.

The 22-image set shows incredibly detailed photos of several Chinese sites, including the iconic, six-spoked Daxing terminal where the gallery was held. Daxing opened for business this past September.

​Meaning “high resolution” in Mandarin, Gaofen-7 is just the latest in a set of 14 high-precision laser altimetry satellites launched by China in the last few years, Space News noted. The constellation provides panchromatic, multispectral and synthetic aperture radar imagery, with some in high, geosynchronous orbits like Gaofen-4 and others, like Gaofen-7, following sun-synchronous orbits, meaning the satellite passes over the same place at the same time each day.

Gaofen-7 provides sorely needed 1:10,000 scale 3D mapping for the rapidly industrializing People’s Republic of China. According to Xinhua, its powerful cameras can accurately place ground objects within 5 meters, and its height measurement accuracy is roughly 1.5 meters.

"It's like a precise ruler for measuring the land. Before the launch of Gaofen-7, we could only precisely locate super-highways, but now Gaofen-7 can help us accurately locate rural roads," Cao Haiyi, chief designer of the Gaofen-7 at the China Academy of Space Technology, told Xinhua.

"In the past, surveying and mapping work was labor-intensive and lasted for months or even years. With the new satellite, these tasks can be completed in minutes," Cao said.

Even the rocket that lifted the probe into orbit was innovative: because China’s inland launch centers cause the rocket’s stages to fall back onto land instead of into the sea as in launches by the US or France, a new variation of the Long March 4 rocket with steering tail fins was designed to guide the rocket’s first stage toward a predetermined landing zone, Space News noted. By landing in a more orderly way, the launchers can be reused more often.