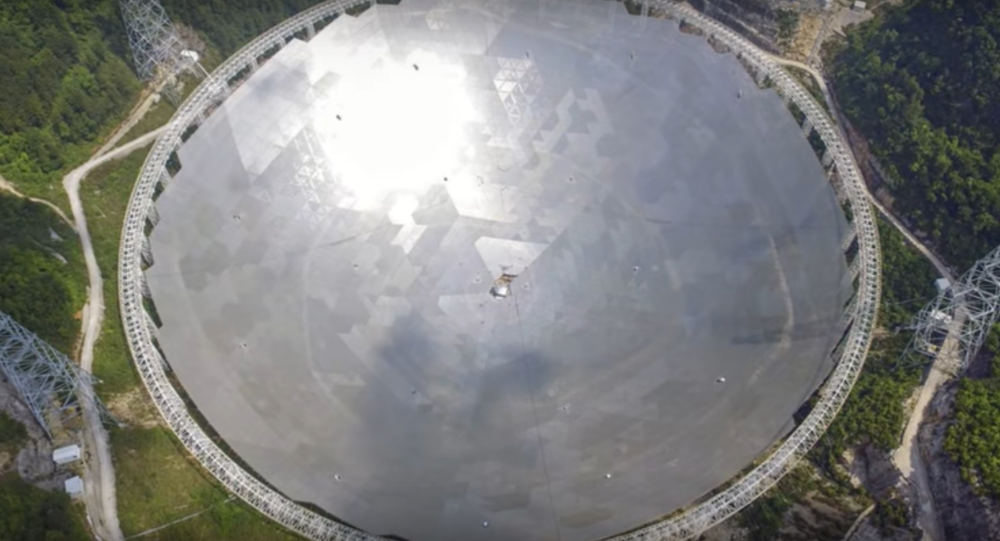 Will China Be First to Track Signal From Aliens Far Away in Universe?

China put the world’s largest single-dish radio telescope, which is 500 metres wide, into operation in 2016. Three years later, the testing period is drawing to an end. But the development of the unique object, called the Aperture Spherical Telescope (FAST) and is hoped will find extraterrestrial intelligence, continues.

The trial period of China’s Aperture Spherical Telescope (FAST), said to be the biggest in the world, is successfully drawing to a close, as the 500-metre “dish” has detected 99 pulsars (rapidly spinning neutron stars), Chinese media reports.

The findings of the unique object, launched in 2016 in southwest Guizhou Province, include more than 30 fast-rotating millisecond pulsars, which are hard to detect. But apart from distant stars, the telescope is also looking for a signal from alien intelligence.

"In the process of observing signals from celestial bodies, we also collect signals that might be emitted by humans or extraterrestrial intelligence", the director of FAST’s scientific observation, Zhu Ming, told the country’s broadcaster CCTV.

However, the researcher explained that this is no easy task, but “a huge amount of work”, as 99% of signals are different noises. Identifying much-needed signals therefore takes time.

However, FAST’s observation modes keep developing, as scientists continue to work on new receiving equipment, as Space.com points out. Chinese researchers hope that the telescope’s abilities will continue to improve. 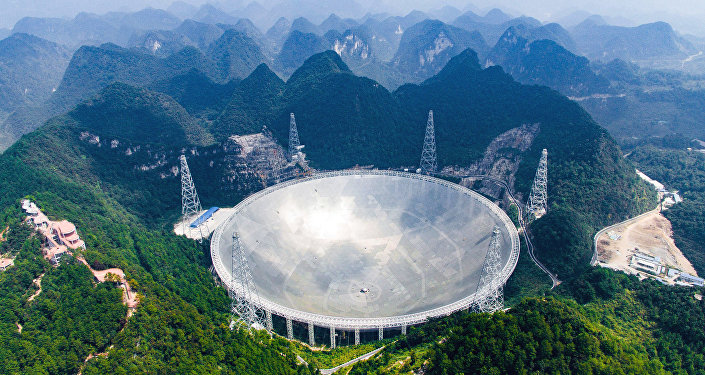 © AP Photo / Liu Xu
China's World’s Largest Radio Telescope Faces Difficulty Recruiting Researchers
The team working at the object has brought together more than 100 astronomers to discuss the discoveries made during the three-year testing period.

"The sensitivity of FAST is very high, so the accuracy of the data measured is very good. FAST has a promising future in terms of gravitational wave detection", one researcher from the Kavli Institute for Astronomy and Astrophysics at Peking University, Li Kejia, explained.