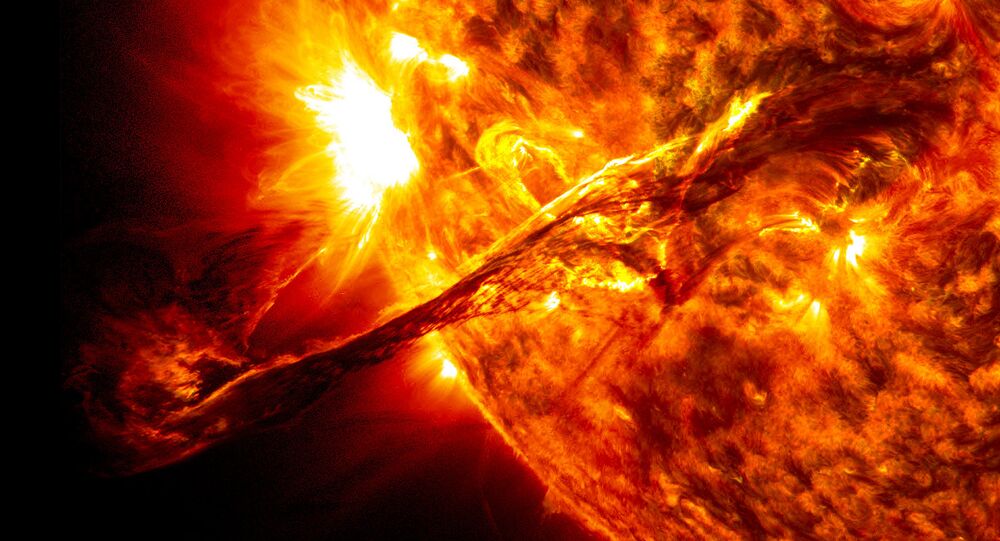 Researchers at the US space agency NASA have published their first reports on the Parker Solar Probe’s extremely close passes through the sun’s uppermost atmosphere, revealing new details about our star that cannot be seen from Earth.

NASA’s Parker probe, loaded down with instruments, has taken several passes through the sun’s corona, or the uppermost part of its atmosphere, enduring incredible heat and radiation to measure this dynamic and dangerous place where the solar system’s weather is created. NASA revealed some of these fantastic findings on Wednesday, as the scientists published their findings in four scholarly articles in the journal Nature.

“This first data from Parker reveals our star, the sun, in new and surprising ways,” Thomas Zurbuchen, associate administrator for science at NASA Headquarters in Washington, DC, said in a Wednesday press release.

“Observing the sun up close rather than from a much greater distance is giving us an unprecedented view into important solar phenomena and how they affect us on Earth, and gives us new insights relevant to the understanding of active stars across galaxies,” he continued. “It’s just the beginning of an incredibly exciting time for heliophysics with Parker at the vanguard of new discoveries.”

"We were certainly hoping we'd see new phenomena and new processes when we got close to the sun - and we certainly did," Nicola Fox, director of NASA’s heliophysics division, told Reuters. "Some of the information that we found pretty much confirmed what we expected, but some of it is totally unexpected."

In its closest pass, Parker was just 4 million miles above the sun, a mere fraction of the orbital radius of Mercury, the closest planet to the star. NASA said the probe found the first material proof of a long-held theory that space dust gets vaporized into a gas close to the sun, creating a dust-free zone around it.

The spacecraft is due to get still closer, during which time it will zip around at an incredible 213,000 mph, the space agency noted.

The first data from Parker was released last month “for interested public users to manipulate, analyze, and plot in any way they choose,” NASA’s Jet Propulsion Laboratory said at the time.

Justin Kasper, a principal investigator who helped build the Solar Wind Electrons Alphas and Protons (SWEAP) instrument for the Parker probe, told Reuters they found bizarre behavior in the solar wind impossible to see from Earth, such as phenomena called “switchbacks,” in which the magnetic field “flips itself around,” becoming a tangled knot of electromagnetic energy blasting out of the sun’s surface.

"We're finding these discrete, powerful waves that wash over the spacecraft, kind of like rogue waves in an ocean," Kasper explained. "They carry a tremendous amount of energy. This will dramatically change our theories for how the corona and solar wind are being heated.”

By the time solar wind gets to the Earth, it’s more or less uniform and traveling in straight lines, but the energy contained in it can affect satellite communications, the safety of astronauts in space and even the electrical grid down here on the surface, in addition to causing stunning auroras in polar skies. By studying where solar wind is formed, NASA scientists say they’ll be better able to understand its impact on human civilization.