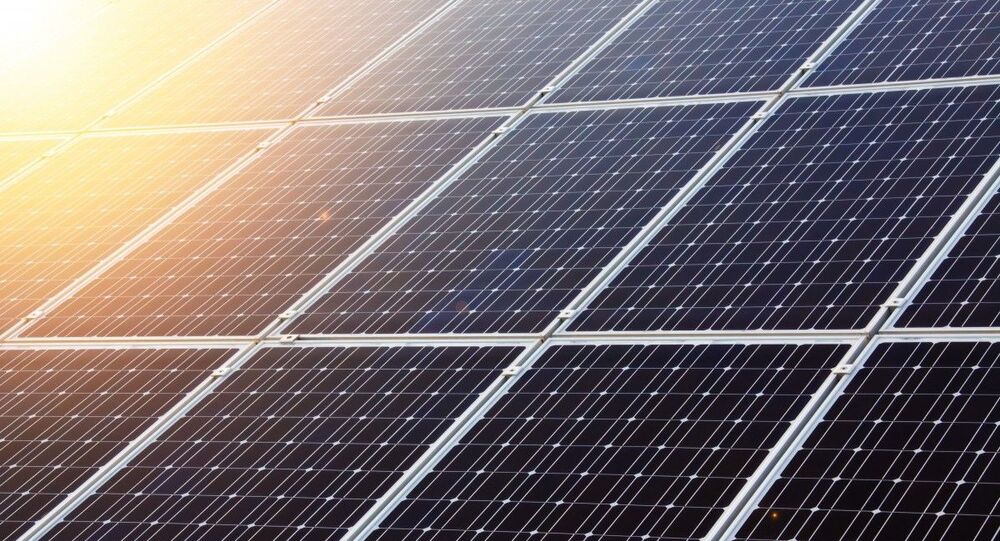 Scientists at Moscow's National Research Nuclear University MEPhI have created a new type of solar panels based on hybrid material consisting of quantum dots (QDs) and photosensitive protein. The creators believe that it has great potential for solar energy and optical computing.

The results of the Moscow Engineering Physics Institute (MEPhI) study were published in Biosensors and Bioelectronics journal.

Archaeal proteins of unicellular organisms, bacteriorhodopsin, can convert the energy of light into the energy of chemical bonds (like chlorophyll in plants). This occurs due to the transfer of a positive charge through the cell membrane. Bacteriorhodopsin acts as a proton pump, which makes it a ready-to-use natural element of the solar panel.

A key difference between bacteriorhodopsin and chlorophyll is its ability to operate without oxygen, allowing the archaea to live in very aggressive environments like the depths of the Dead Sea. This ability has evolutionarily led to their high chemical, thermal, and optical stability. At the same time, by pumping protons, bacteriorhodopsin changes colour many times in a billionth of a second. This is why it is a promising material for creating holographic processing units.

Scientists of NRNU MEPhI have been able to significantly improve the properties of bacteriorhodopsin by binding it to quantum dots (QDs) – semiconductor nanoparticles capable of concentrating light energy on a scale of just a few nanometres and transmitting it to bacteriorhodopsin without emitting light.

“We have created a highly efficient, operating photosensitive cell that generates electrical current by converting light under very low photon excitation. Under normal conditions, such a cell doesn’t work because photosensitive molecules such as bacteriorhodopsin effectively absorb light only in a very narrow energy range. But quantum dots do this in a very wide range and can even convert two lower-energy photons into one high-energy photon as if stacking them,” a researcher at NRNU MEPhI and one of the authors of the study, Viktor Krivenkov said.

According to him, creating conditions for the radiation of high-energy photon, a quantum dot may not radiate it but rather transmit it to bacteriorhodopsin. Thus, the NRNU MEPhI scientists have engineered a cell capable of operating under the irradiation from the near-infrared to the ultraviolet regions of the optical spectrum.

“We use an interdisciplinary approach at the intersection of chemistry, biology, particle physics and photonics. Quantum dots are produced using chemical synthesis methods, then they are coated with molecules that make their surface simultaneously biocompatible and charged, after which they are bound to the surface of the archean bacteriorhodopsin -containing purple membranes of Halobacterium salinarum. As a result, we have obtained hybrid complexes with very high (about 80%) efficiency of excitation energy transfer from quantum dots to bacteriorhodopsin,” the leading scientist of NRNU MEPhI Nano-Bioengineering Laboratory, Igor Nabiev said.

According to the researchers, the obtained results show the potential for creating highly effective photosensitive elements based on biostructures. They may be used, not only to provide solar energy, but also in optical computing.

The authors emphasised the very high quality of the bio-hybrid nanostructured material and the prospect of surpassing the best commercial samples with a possible increase in efficiency by a substantial margin. The next goal of the research team in this direction is to optimise the structure of the photosensitive cell.

Laser and Oxygen: Scientists Come Up With New Way to 'Burn' Gynecological Disorders