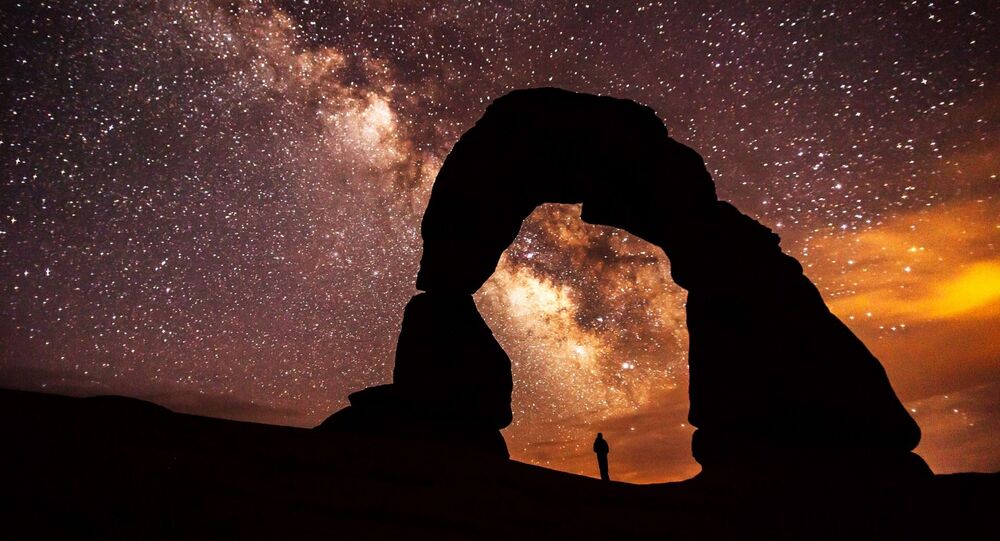 Our knowledge of binary star systems still appears to be limited, with the use of radio telescopes currently helping to search for radio pulsars and uncovering potentially unexplained transient phenomena.

Scientists from South Africa’s Astronomy Observatory operating the MeerKAT radio telescope located in the Karoo desert came across a strange occurrence of radio emissions coming from an object near the southern constellation of Ara that was had been increasing in brightness over a period of three weeks, Science Alert reports, citing a study published by the Monthly Notices of the Royal Astronomical Society. The study of the unusual flare led to a stunning discovery in our galaxy – an exotic binary star system of two stars orbiting each other.

The MeerKAT telescope first discovered a “transient source” – an astronomical object or phenomenon that is not constant – that was given a name “MKT J170456.2-482100”. The transient source was then matched with the position of a nearby giant star called TYC 8332-2529-1 - which is about 2.5 times the mass of our Sun and located 1,800 light years from Earth. Images from other optical telescopes showed that its brightness appeared to change over a period of 21 days, revealing that it orbits its companion star during the course of this time, while also creating a magnetic field.

The companion star appeared to be much fainter than the giant TYC 8332-2529-1, having at least 1.5 times the mass of our Sun. However, the scientists were left uncertain over the true nature of this companion, as it is likely to neither be a white dwarf nor a Sun-like star, which would otherwise have explained the radio flare observed by MeerKAT.

Ben Stappers, the principal researcher of the MeerTRAP project, which uses the radio telescope, said that the current findings do not fit into the existing knowledge of binary stars and therefore the discovered system “may represent an entirely new source class”.

© NASA . JPL-Caltech
New Technique Finds Eighth Planet Orbiting Distant Star, Matching Solar System
The scientists also speculate that this type of peculiar phenomenon could represent a system where a radio-flaring giant orbits either a neutron star – the remnant of a supernova explosion – or a black hole.

The source of the radio signal will continue to be observed by MeerKAT every week for the next several years, potentially uncovering much more information about the mysterious phenomenon.