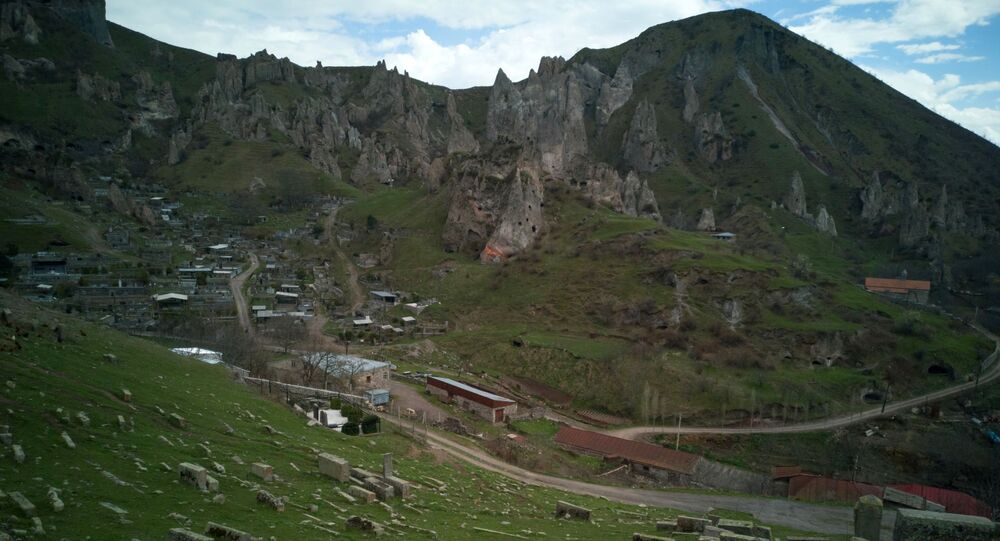 Skeleton of a Real Amazon Discovered in Armenia?

Female warriors who were described in one of the most famous Ancient Greek legends had real-life prototypes, some researchers suppose. According to sources, so-called Amazon women lived in the Caucasus Mountains, where Armenia is located now.

Archaeologists have discovered the remains of an “Amazon-like” warrior who died from a battle wound during the Iron Age 2,500 years ago, the Daily Mail reports. The skeleton of the female warrior was unearthed in the Bover I necropolis, located in the Armenian Highlands. The woman “died in a battle” in her 20s, researchers from the National Academy of Sciences of the Republic of Armenia led by Anahit Khudaverdyan suggested, pointing to her scars, including on her pelvic bone.

“Her injuries suggest she was struck by a sword and finished off as she lay on the ancient battlefield by a hatchet. We suppose that she had died in battle”, the leading researcher said.

Before meeting her demise, she apparently led the life of a warrior as she had been wounded by a “long-range” arrow shot before. The archaeologists concluded this because her left thighbone showed signs of healing from such an injury.

Her bones suggest that she was also a skilful horse rider and an archer – a “professional warrior”, as the researchers’ paper describes her.

“Her muscle attachments were strong, which suggests she was an archer”, Anahit Khudaverdyan said.

At the same time, the young woman was “high status”, as a “rich inventory of goods” was found in her grave. The list of artefacts includes jewellery. Apart from her relatively petite size, as her height was approximately 1.65 metres, the woman, who lived in the sixth and eighth centuries BC, falls under the description of an Amazon – fearless female warriors known from Ancient Greek legend. As some sources from that period suggest, it was not all pure fantasy, as such women existed in the Caucasus region.