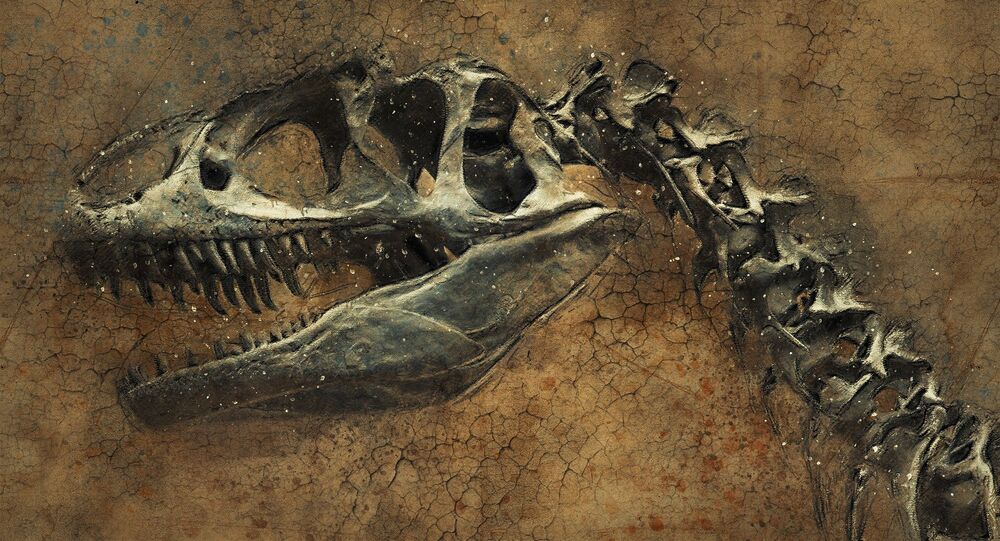 An international research team led by a Chinese dinosaur scientist announced on Tuesday the discovery of a new species of dinosaur that roamed North China in the early Cretaceous period.

The fossil of the dinosaur called Xunmenglong yingliangis was found in the Huajiying Formation of North China. "Xunmenglong" means in Chinese "the dinosaur is agile and ferocious," and "yingliang" pays tribute to the museum with the same name that hosts the specimen, Xing Lida, a dinosaur expert at the Beijing-based China University of Geosciences and leader of the team, told the Global Times in a statement on Tuesday.

Xunmenglong yingliangis is a type of compsognathid - typically small theropod dinosaurs usually the size of a chicken and resemble birds. The newly discovered creature is believed to be the earliest and smallest species of compsognathids found in Asia, the statement said.

Despite some missing parts, the fossil shows the carnivore is about 60 centimetres long, has an elongated and flexible neck and small but very sharp teeth.

© AP Photo / Charles Sykes/Invision for Field Station: Dinosaurs
Stunning NASA Time Scale Shows Dinosaurs Roamed Earth on the Other Side of Milky Way Galaxy
Thanks to its large eye sockets, the dinosaur has keen eyes that boost its capability to hunt, and its long and powerful legs allow it to accelerate instantly to capture moving preys, which might include flying insects and running lizards.

While scientists around the world still have questions on compsognathids' habitat preferences and diversification patterns, the newly discovered dinosaur species could lead to some answers, the statement said.