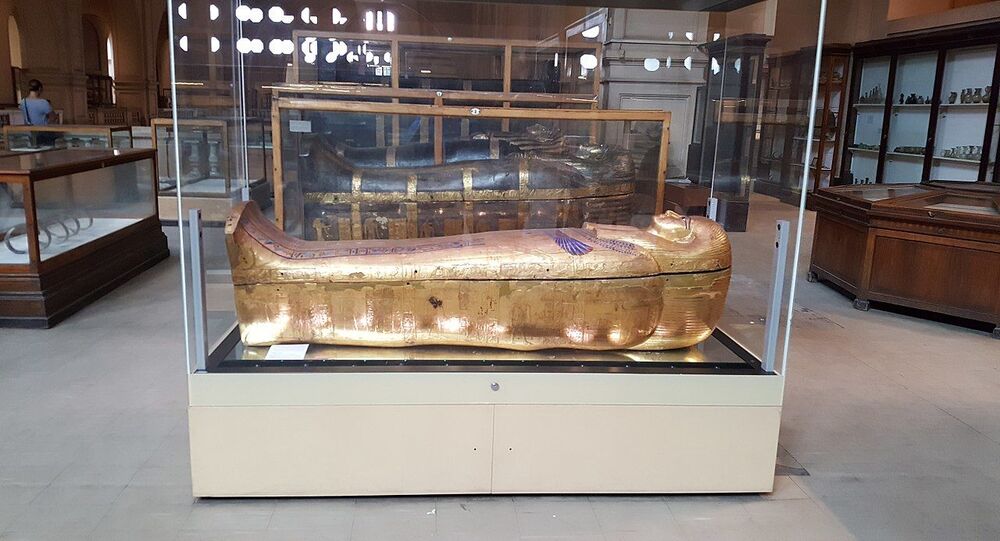 CAIRO (Sputnik) – Three well-preserved 3,500-year-old sarcophagi have been found in El-Assasif necropolis in Egypt, the national Ministry of Antiquities said on Wednesday.

According to the Ministry, the ancient coffins, which are 180-195 centimetres (71-77 inches) in length, are covered with colorful paintings. Two were used to bury women, while the remains of the third are still being analyzed.

The sarcophagi were determined to have been made during the 18th (Thutmosid) Dynasty of Ancient Egypt, which ruled from 1550-1292 BC.

El-Assasif necropolis is located near the city of Luxor, known as Thebes in ancient times, which was once the capital of one of Egypt's kingdoms.

Earlier this month, a unique cache of mummified sacred animals and statuettes was discovered near the capital city of Cairo. The finding consists of 75 artefacts, which according to Antiquities Minister al-Anany, belonged to the XXVI Dynasty of Egyptian pharaohs, that reigned between 664 and 525 BC.