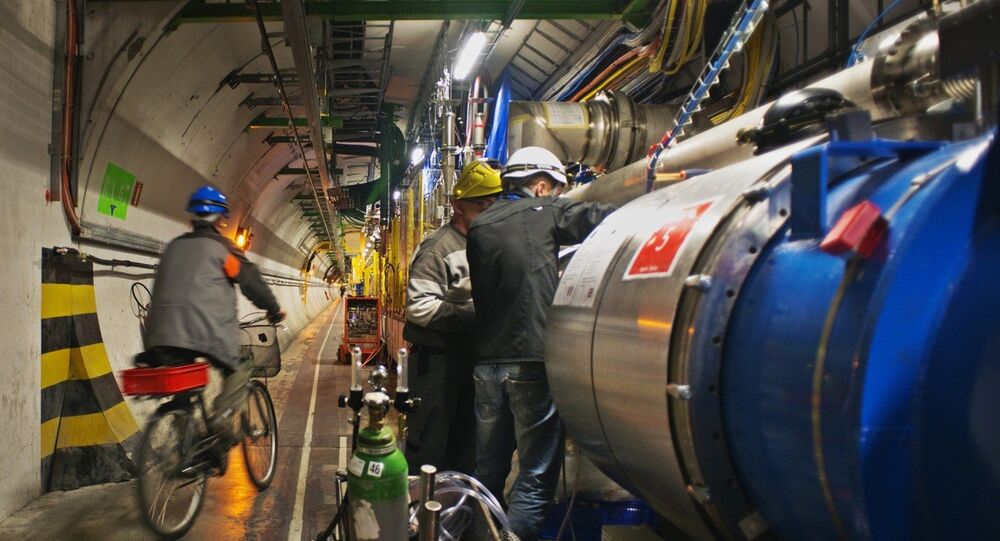 There are rumours and legends surrounding the activities of CERN (European Organisation for Nuclear Research). What technologies have been created with their help? What has the discovery of the “God Particle” led to? Will the collision of particles in the Large Hadron Collider destroy our planet?

To New Physics – Almost at the Speed of Light

With the advent of Einstein's theory of relativity in physics, an era that saw a variety of fundamental models began, which to this day cannot be combined into a single system. Today, it’s high-energy physics that provide the most accurate data about the structure of matter. CERN's collider studies the processes of production of fundamental particles using collisions of protons and nuclei, which are accelerated to speeds extremely close to the speed of light. This allows one to verify theoretical predictions and discover new physical states of particles.

The standard model, which had been created by the 1960s, is a system of particle physics theories that explain most, but not all, fundamental phenomena: for example, it doesn’t explain gravity. To clarify this model, the Large Hadron Collider (LHC) was created.

The LHC is a ring-shaped tunnel operating at a depth of a hundred-metres with a circumference of 27 km, inside which more than 1,200 superconducting magnets accelerate particles to collide at a speed of 0.99999999 the speed of light. Apart from the LHC, CERN has six more accelerators and a number of detectors that record the results of particle collisions.

The volume of information produced by the detectors is estimated to comprise tens of petabytes (tens of millions of gigabytes) per month, and sometimes it takes scientists more than one year to analyse this material. The data produced by the centre’s laboratories are processed using a multilevel network, the nodes of which are located in universities and research centres in 40 countries, including Russia.

The discovery of the Higgs boson in 2012 was the finale of the grandiose work to confirm the standard model. Today, a number of parallel experimental programmes have been launched on the basis of CERN, dedicated to both checking the accuracy of the standard model’s predictions and searching for manifestations of the “new physics”.

The further study of the Higgs boson will provide an opportunity to study phenomena beyond the scope of the standard model. Scientists are most interested in such phenomena as dark matter and dark energy, as well as the asymmetry of matter and anti-matter.

The Crucible of New Technologies

“It’s impossible to know for sure the direction of scientific research that will lead us to new technologies. Therefore only research on fundamental problems, which involves overcoming the boundaries of what is currently possible, can guarantee the development of applied science,” Anatoly Romaniuk, a member of the ATLAS collaboration and professor at NRNU MEPhI, explained.

The need to process a huge amount of data has made the CERN one of the hotbeds of computer technology. In addition to the World Wide Web, which was created there in 1989 for convenience, the centre has also greatly influenced the distributed computing technology.

Scientists are especially proud of the work to reduce the physical dimensions of accelerators. Miniature accelerators are already actively used to scan the internal structure of objects: for example, in medicine or in the examination of art.

The associated visualisation technologies are also being developed at CERN. The Medipix Collaboration is adapting the technology used to monitor particle collisions for diagnostic applications. The fourth generation of chips is already being developed, which allows both receiving 3D scans of the human body and monitoring of various kinds, including in space conditions.

In addition, unique experimental conditions make it possible to study the effect of cosmic radiation on climate formation and to develop methods for protecting electronics from it for the aerospace sphere.

CERN has unique expertise both in a number of production competencies and in process management, which makes it an avant-garde hub of 4.0 industry, influencing knowledge-intensive business all over the world.

On the Brink of the Future

In total, CERN has several dozen collaborations or experimenters, who are pushing the horizons of science in different directions. The largest of them, ATLAS and CMS, are aimed at searching for new elementary particles, dark matter, and other new phenomena. LHCb studies antimatter and ALICE specialises in studying the state of matter during the first microseconds after the Big Bang.

Rumours and alarming theories often appear with regard to the work of the LHC, and, fortunately, they have all been refuted: neither microscopic black holes, which really can occur in the collider for a split second, nor the mysterious magnetic monopole can destroy the Earth. But there is always the possibility of making a discovery that will turn everything upside down – in a good way.

To improve the efficiency of observations at the LHC, a modernization project is being implemented, which will turn it into a “high luminosity” collider (HL-LHC). It’s believed that the upgrade will busy scientists with data until about 2035.

As scientists plan, the LHC will be replaced by either the Future Circular Collider, with the circumference of about 100 km, or the Linear Collider, an accelerator of a completely different type. These projects are aimed at a detailed study of the Higgs boson.

“I believe that the CERN’s most important achievement is the community that we’ve managed to create. The brightest minds working in various fields of physics and technology from around the world gather here. There is no such level of professional communication, such an exchange of experience anywhere else,” Anatoly Romaniuk told Sputnik.

Today, about 2,600 scientists and engineers work at CERN. More than 12,000 physicists from 85 countries take part in the centre’s experiments, including more than a thousand Russians. Over the years the centre has expanded from 11 to 23 member states.

The material is based of the lecture “The Large Hadron Collider: The History and Future of CERN Research,” held at the MIA “Rossiya Segodnya,” and was prepared with the assistance of scientists from the National Research Nuclear University MEPhI.