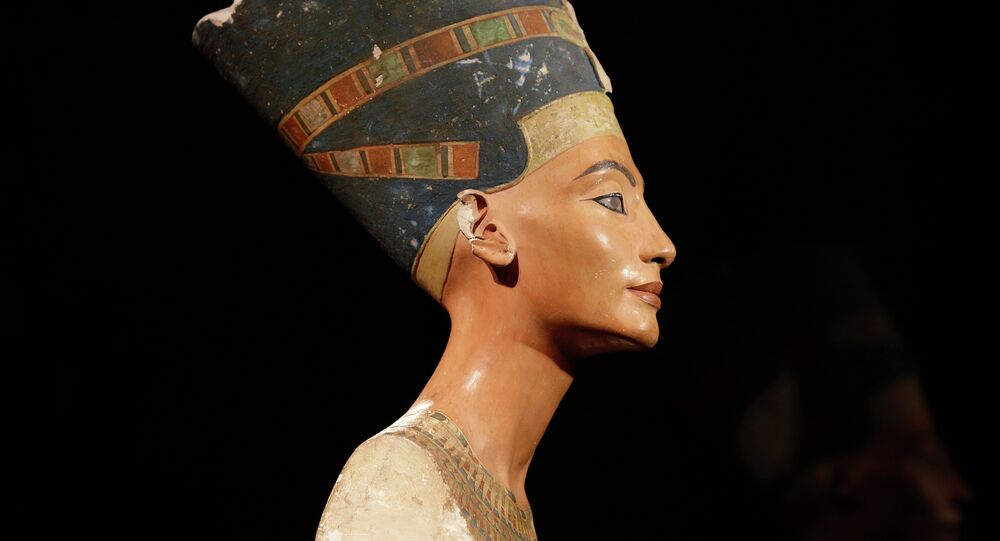 The scans presented to the public by the artist reportedly capture every detail that “made the bust so iconic.”

A digital likeness of the ancient bust of the legendary ancient Egyptian queen Nefertiti finally became available to the public thanks to the efforts of an enterprising 3D scanning expert and artist Cosmo Wenman.

According to the Smithsonian magazine, Wenman finally obtained a flash drive containing the artefact’s high-resolution, full color images from the Neues Museum in Berlin after a "three-year legal battle."

"It’s very difficult to find anyone who is able to actually articulate a coherent reason for keeping this kind of data away from the public. I believe their policy is informed by fear of loss of control, fear of the unknown, and, worse, a lack of imagination," he remarked.

As the media outlet points out, the scan “captures every detail that made the bust so iconic, including Nefertiti’s delicate neck, painted headdress, high cheekbones and sharp eyeliner.”

Uncovered in 1912 by German archaeologist Ludwig Borchardt, the bust remained in Germany for the last several decades despite repeated petitions by the Egyptian authorities for the artefact’s return.

"The foundation’s position on the return of Nefertiti remains unchanged", said Hermann Parzinger, president of the Prussian Cultural Heritage Foundation, the organisation that owns the museum where the bust is being displayed. "She is and remains the ambassador of Egypt in Berlin."