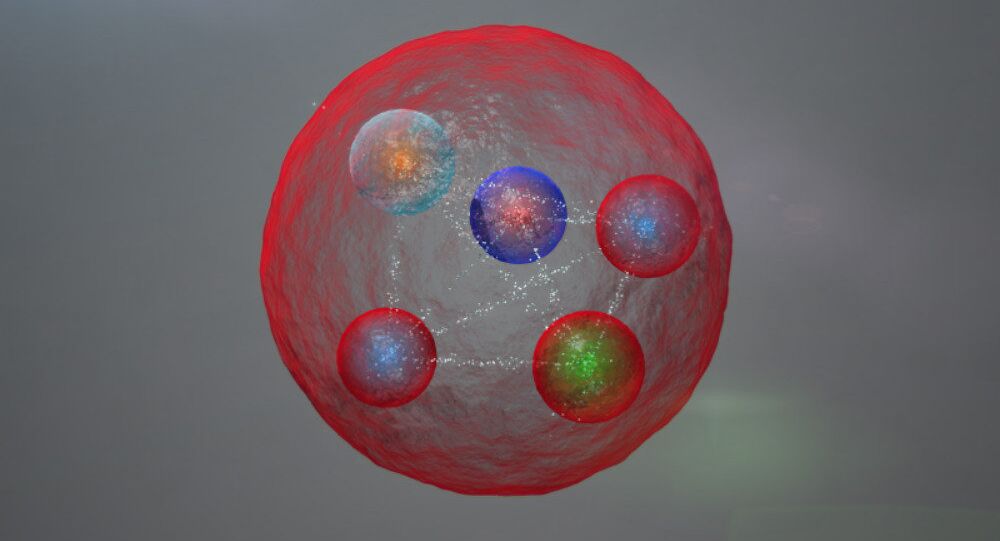 Are We on the Verge of Discovering a Fifth Force of Nature?

A team of researchers from Hungary several years ago stumbled upon what they considered to be a new particle possibly connecting our visible world with dark matter. However, some doubted their results, suspecting that a lab error was to blame. Nevertheless, the Hungarian researchers have reportedly managed to repeat the breakthrough experiment.

Physicists from the Institute for Nuclear Research at the Hungarian Academy of Sciences, led by Attila Krasznahorkay, have presented new evidence supporting the existence of the mysterious X17 particle. This might prove that there is a fifth force in action in addition to gravity, electromagnetism, and the weak and strong nuclear forces.

In their paper, published on arXiv.org, the researchers revealed that they had observed that decaying excited helium emitted light, with particles splitting at an angle of 115 degrees. As the paper says, because these had a mass of 17 megaelectronvolts, they were likely the same X17 particles.

"X17 could be a particle, which connects our visible world with the dark matter", the lead scientist told CNN.

From Scrutiny to Breakthrough?

His team first introduced the results, which could mark a breakthrough in physics, in a 2016 paper that was published in the respected Physical Review Letters. At the time, they had observed beryllium-8 decaying with electrons and positrons splitting at an unexpected angle of 140 degrees. However, their conclusion about the new particle and a potential fifth force of nature encountered scepticism in the scientific community, as some suspected that a lab error may have occurred.

"We introduced such a new particle, which nobody saw before, and [whose] existence could not be understood by the widely accepted 'Standard Model' of particle physics, so it faced scrutiny", Attila Krasznahorkay explained to the US broadcaster.

However, Professor of Physics and Astronomy at the University of California at Irvine Jonathan Feng was one of those who were impressed by Krasznahorkay’s results and published a paper with his research group. It theorised that this suspected fifth force is a "protophobic force", as the particles are thought to be "afraid of protons".

No Proof of Mistake Found

Feng pointed out in his comment to CNN that “some very well-known nuclear physicists” have done exercises trying to find flaws in the Hungarian experiment, for example, to prove that their equipment was not calibrated correctly, but failed. He believes that the X17 particle could be explained by this “fifth force”. According to him, if we set the possibility of lab error aside, the chance that these results were caused by anything else but this enigmatic force is only one-in-a-trillion.

© CC0
Brand-New ‘Lurking’ Particle is Altering Future Destiny of Entire Cosmos, Scientist Claims
Although Krasznahorkay’s second successful experiment reinforces his group’s initial conclusion, Feng told CNN that if another team could replicate it with a third type of atom, "that would blow the cover off this thing" and that "this would be a no-brainer Nobel Prize". Further experiments could also give a better understanding of this alleged “fifth power” and discover possible practical means to use it. As Feng points out, there may yet be more forces to find: "There's no reason to stop at the fifth. There could be a sixth, seventh, and eighth force".
...
Reddit
Google+
Blogger
Pinterest
StumbleUpon
Telegram
WhatsApp
363