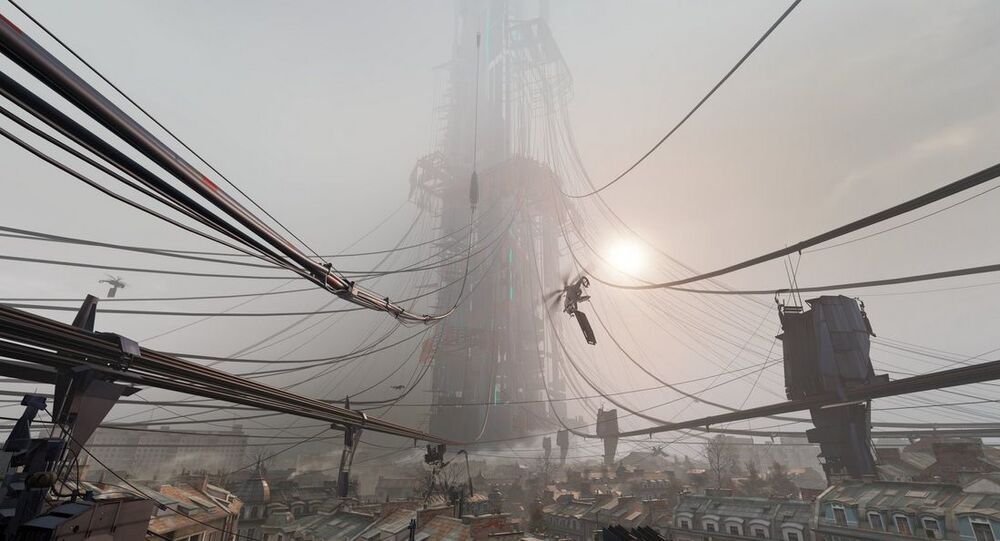 After more than a decade of lingering silence that has tormented fans of the Half-Life series, video game developer Valve has introduced a gripping new episode of the engrossing sci-fi adventure in the capital of a postapocalyptic world: legendary City 17.

The plot of the new episode - a prequel to Half-Life 2 - will detail events between the first Half-Life and Half-Life 2. The main protagonists will be Alyx Vance and her father, who according to Valve developers, "discover a secret that leads them into the heart of the Combine's occupation of City 17".

We're thrilled to announce Half-Life: Alyx, a new full-length entry in the Half-Life series, built by Valve for VR.

Return to Half-Life in March 2020. Pre-purchase now on Steam. pic.twitter.com/GZkhp2Prx1

​It remains unclear, however, whether another main character, the icon of Half-Life - Doctor Gordon Freeman - will be present in the new episode. The developers have not hinted any clues about a possible Freeman emergence in 'Half-Life: Alyx'.

Valve said in an interview with the host of 'The Game Awards', Geoff Keighley, that the idea to "translate" the world of Half-Life into the VR realm came about in 2016. At the time, "a lot of people could see the promise of VR as a platform", noted Robin Walker, one of the leading Valve game designers, during the interview, adding that one of the incentives for creating the new Half-Life episode in VR mode was another successful Valve project dubbed 'The Lab', "because we thought 'The Lab' was a big game".

"So back in 2016 we shipped 'the Lab', and we started doing experiments on what other things we can do with this", Walker recalled.

Another leading Valve game designer, Dario Casali, said during the interview that though the VR market is still only emerging, there was an idea first "to deliver a version with a mouse and a keyboard", but "the more we used the controllers and the headset we realized the amount of interactions this [VR] gives, the amount of possibilities these things give us, the more we explored it and the more we realized that there is so much opportunity that we can’t really translate back to the keyboard".

According to game designers, the new game is deep, immersive and visceral. If a gamer interacts with doors, for instance, or with various in-game environments or objects, the gamer's body becomes involved in the process. There will be no opportunities to 'cheat' on physical activity while dodging or fleeing enemies.

VR was built for the kind of gameplay that sits at the heart of Half-Life, and Half-Life: Alyx was built from the ground up for VR. You'll be able to play it on any SteamVR compatible system.

Walker said that VR became the so-called "tent pole" that "we could wrap everything around".

Valve has not, however, hinted at plans about a much-anticipated Half-Life 3 - announced for release over a decade ago but then abruptly canceled - nor has the company revealed whether all of the next episodes within the Half-Life series will be in VR mode.