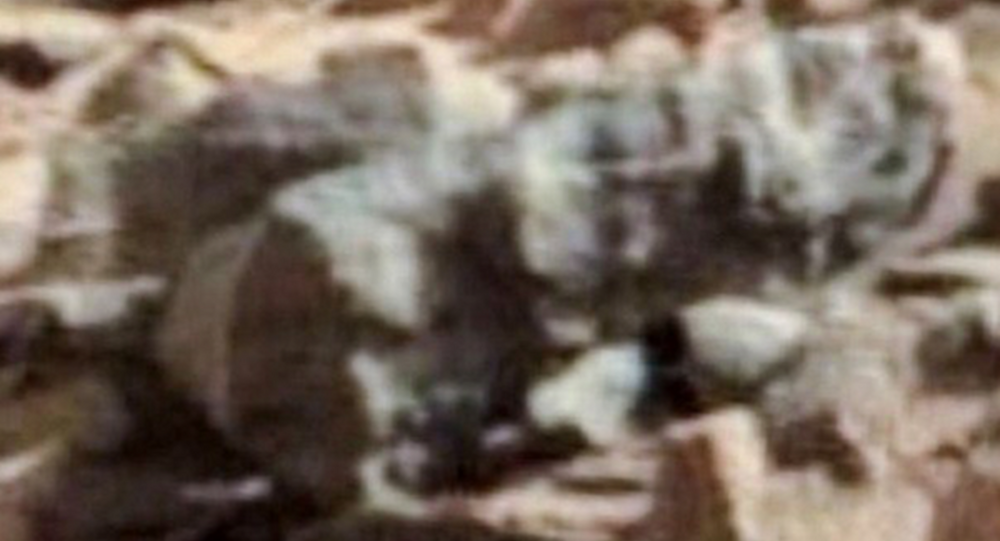 The scientist argued that arthropod body segments can be spotted on many of the publicly available photos of Mars, and that one image apparently even shows an insect in flight.

William Romoser, a professor emeritus at Ohio University who specialises in arbovirology and general/medical entomology, recently made an interesting contribution to the ongoing quest to determine whether life exists on Mars by announcing that missions to the Red Planet have already provided us with enough evidence.

Presenting his findings at the national meeting of the Entomological Society of America on 19 November, Romoser claimed that he managed to discover numerous examples of insect- and reptile-like forms, both fossilised and living, while examining photos of Mars that are available online.

"There has been and still is life on Mars", he postulated. "There is apparent diversity among the Martian insect-like fauna which display many features similar to Terran insects that are interpreted as advanced groups - for example, the presence of wings, wing flexion, agile gliding/flight, and variously structured leg elements."

The professor insisted that "arthropod body segments" can be picked out on numerous photos of Mars, "and one even appears to show one of the insects in a steep dive before pulling up just before hitting the ground".

According to the university’s website, no content was added or removed from the images Romoser worked with, and that the criteria he used included “dramatic departure from the surroundings, clarity of form, body symmetry, segmentation of body parts, repeating form, skeletal remains, and observation of forms in close proximity to one another”.

"Once a clear image of a given form was identified and described, it was useful in facilitating recognition of other less clear, but none-the-less valid, images of the same basic form", Romoser said. "An exoskeleton and jointed appendages are sufficient to establish identification as an arthropod. Three body regions, a single pair of antennae, and six legs are traditionally sufficient to establish identification as ‘insect’ on Earth. These characteristics should likewise be valid to identify an organism on Mars as insect-like. On these bases, arthropodan, insect-like forms can be seen in the Mars rover photos".

The researcher noted that the existence of “higher metazoan organisms” on the planet “implies the presence of nutrient/energy sources and processes, food chains and webs, and water as elements functioning in a viable, if extreme, ecological setting sufficient to sustain life”, and that this discovery “represents a solid justification for further study”.

It remains to be seen, however, what NASA and other space agencies might have to say about Romoser’s claims.