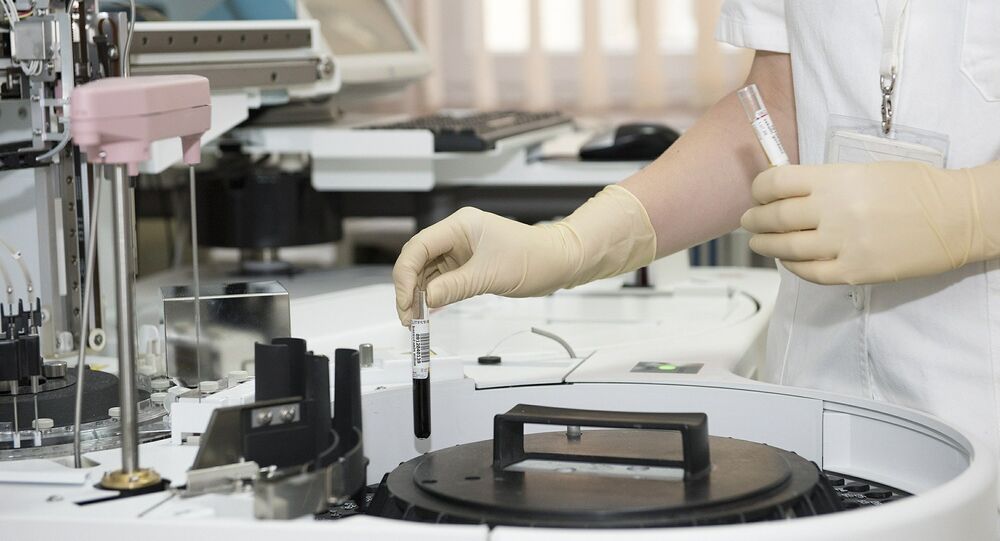 Afraid of being surpassed by China, US research institutions are being advised by a new Senate report to halt undesired tech transfers to China by foreign research partners. According to the report, Beijing directs scientists to funnel US-funded research by hook or by crook back to China to further their national development.

A congressional report published Monday recommends US research institutions and law enforcement agencies adopt new policies aimed at curbing the flow of research and technology from US institutions to Chinese ones. Concluding that Beijing’s “Thousand Talents Plan” is a vast program for orchestrating intellectual property theft to advance Chinese interests, the report warns institutions to be wary of “double agents” on their research staff.

The Senate Homeland Security and Governmental Affairs Permanent Subcommittee on Investigations, which carried out the investigation and which Portman chairs, detailed in the report “not only the lengths and expense China has gone to in order to steal American intellectual property, but also the shocking fact that our own federal agencies have done little to stop their actions despite being aware of China’s talent plans.”

“These talent plans are a win-win for China,” Portman continued. “China wins twice. First, the American taxpayer funds China’s research and development. Second, China uses that research to improve its economic and military status. This is unacceptable and I look forward to working with Senator Carper on bipartisan legislation to end this abuse of American research, intellectual property, and taxpayer money.”

According to the report, the Thousand Talents Plan (TTP) is Beijing’s primary vehicle for this information flow. The program was started in 2008 as a way to attract the huge numbers of Chinese expatriate academics back to the China, something it aimed to do with lush contracts and coverage of expenses, according to a profile of the program published in Nature in January 2018. At that time, roughly 7,000 people had taken part in the program.

The report claims TTP facilitates intellectual property theft from US institutions by including secret provisions in participants’ contracts requiring them to funnel their research back to China while camouflaging their relationships with Chinese institutions.

Many of the objections used as examples include legal methods of transfer, such as exploiting loopholes in US export rules or simply the running of labs in both China and the US.

US suspicion of the TTP is nothing new, though, dating at least to an April 2018 report on the program by the US National Intelligence Council, which said the program aimed "to facilitate the legal and illicit transfer of US technology, intellectual property and know-how.”

When similar accusations were raised in August 2018, Zhang Guixin, a professor from Tsinghua University and an expert on the TTP, told China’s Global Times the US was sore that China was copying a game long considered its own unique purview: sapping the world of its intellectual talent - including from China.

"The US is the biggest beneficiary of talent flow. Now seeing China is doing the same thing, the US feels threatened,” Zhang said. “Its accusation against China is totally groundless and represents protectionism. The argument doesn't stand up."

Sputnik reported in November 2018 on the Johns Hopkins University School of Medicine putting a hold on all appointments for scientists visiting from foreign countries, following the advice of the National Institutes for Health (NIH), which warned of “Threats to biomedical research and loss of intellectual property.”

Canadian intelligence, too, has raised concerns about intellectual property theft by Chinese institutions, but again, their Canadian counterparts balked at the idea that their research needed to be so closely guarded or that China would run such a nakedly illegal plan.

"Our research is not happening in the shadows," John-Paul Heale, who oversees research funded by Chinese tech giant Huawei at the University of British Columbia, told the New York Times in February 2019, noting that all research has to be published in peer-reviewed journals anyway.

Further, Wesley Wark, an intelligence expert at the University of Ottawa, told the Times that "scaremongering" about Huawei was misplaced, since universities typically aren't very guarded about their scholarship, and both China and Huawei stand to lose far more than they could ever gain if they spied on Western nations and got caught doing so.

Indeed, Monday’s Senate report does note that in many cases, the undesired tech transfer is legal, and most of its recommendations include shoring up background checks on new foreign hires, carefully reading contracts and insisting on transparency, and updating intellectual property laws and regulations to plug the gaps.

As Sputnik has reported, fear of China surpassing the US technologically is at the heart of the economic struggle that is on its surface a question over export duties: the tariff war. Beijing has sunk billions into kickstarting tech and R&D sectors, focusing especially on emerging fields such as artificial intelligence. The Chinese government has laid out extensive, multi-stage, multi-decade plans for matching and surpassing the US technologically - something the Senate report makes reference to, casting the question of information transfer as one of international competition.