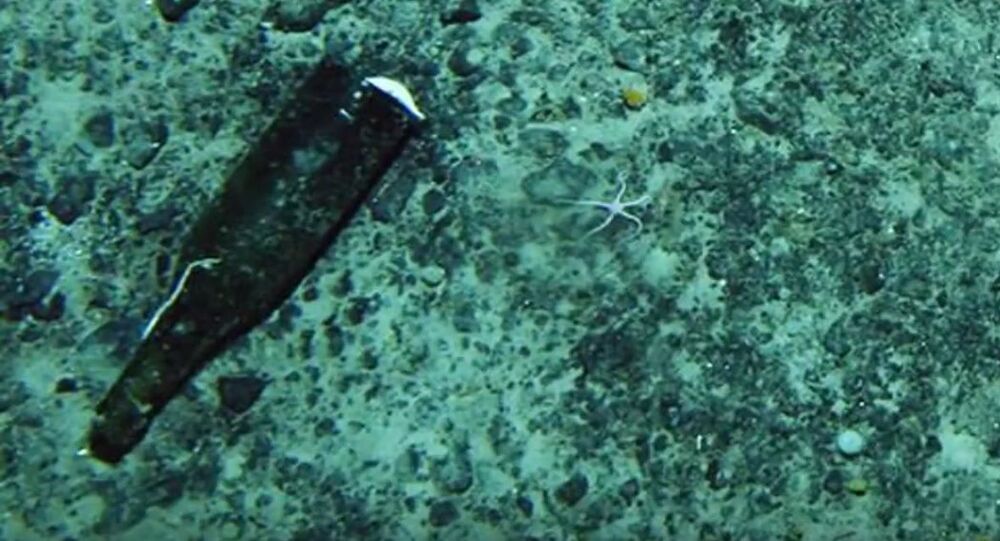 Despite the extreme temperatures, the waters surrounding the continent at the South Pole are far from deserted, as lifeforms there are varied and include, for example, three-metre-long “invisible” predatory worms. One kind of below-the-ice creature has especially stunned the makers of a new BBC documentary.

An unusual creature has been filmed by the crew of a new series on Antarctica with its diverse and quirky wildlife, featuring TV star David Attenborough, who has exposed the various forms of life there.

The show’s creators set their cameras below the ice to shed light on the inhabitants of the Southern Ocean, which is swarming with life despite the harsh conditions above the ice, where temperatures fall far below zero.

According to famous naturalist Attenborough, “the frozen surface at sea hides a great secret”, as although the conditions are hostile above, the situation is more stable underneath the ice sheet, so the “life over millennia has had time to diversify”. One of the inhabitants of the unfriendly dark is a gigantic worm, invisible to the human eye. Only by using special equipment has the creature been brought into the spotlight.

“Creatures here grow to great sizes like predatory nemertean worms – three metres long. They only become visible when the cameras are sped up and we’re only now able to discover the details of the lives of such strange creatures”, Attenborough explained.

However, another creature captured the presenter’s imagination even more. So-called nudibranchs compensate for their poor sight by having both female and male reproductive organs, which makes breeding easier for them.

“So, to mate, one nudibranch just needs to find another nudibranch and anyone will do. But this is a challenge when their tiny eyes can barely see. Some do get lucky, though, these two are fertilising each other and both will produce young. When it’s hard to find a partner it pays not to have to worry about your gender”, he said.