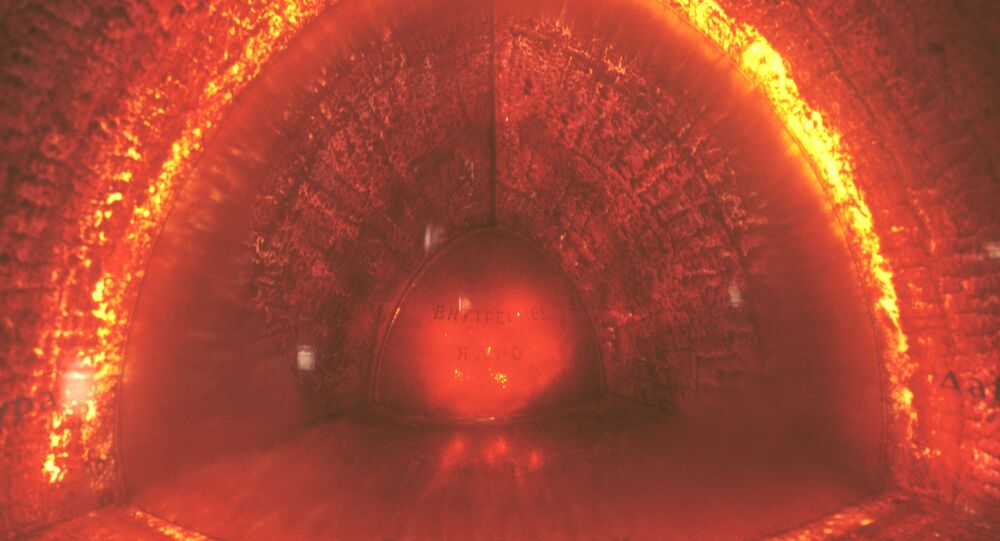 A simplified model of Earth's interior shows a thin layer of crust seemingly surfing the hot, deformable layer of the mantle, while scientists have long known that the crust and mantle are inescapably linked, raising the question of which forces primarily drive the tectonic plates.

Planet Earth's hot center and its cold, hard outer shell are both responsible for the movement of tectonic plates, in an intriguing balance of power, reveals new research.

The oozing mantle creates supercontinents, as the crust tears them apart, claim the scientists, who published their findings in the article “What drives tectonic plates?” on 30 October in the journal Science Advances.

To determine the process of plate tectonics, the scientists created a new computer model of Earth with the crust and mantle perceived as one seamless system.

Over time, about 60 per cent of tectonic movement at the surface of this virtual planet was driven by fairly shallow forces within the first 62 miles (100 kilometers) of the surface.

The deep convection of the mantle drove the remainder, with the mantle particularly important when the continents got pushed together to form supercontinents. Accordingly, shallow forces dominated when supercontinents broke apart in the model.

What renders this study groundbreaking is that the "virtual Earth" is the first computer model that "views" the crust and mantle as an interconnected, dynamic system.

Previously, researchers made models of heat-driven convection in the mantle that adequately matched observations of the real mantle, but didn't do justice to the crust.

"Convection models were good for the mantle, but not plates, and plate tectonics was good for plates but not the mantle," said Nicolas Coltice, a professor at the Ecole Normale Supérieure graduate school, part of PSL University in Paris.

"And the whole story behind the evolution of the system is the feedback between the two."

A simple model of Earth's interior shows a thin layer of crust over the hot, deformable layer of the mantle, with the resulting impression being that the crust is moved by the currents below.

However, in actual fact scientists have long believed the crust and mantle to be part of the same system, thus bringing to the fore the question of whether forces at the surface or forces deep in the mantle were primarily driving the movement of the tectonic plates that make up the crust.

​Coltice and his colleagues have now revealed that the two layers are so intertwined, they both make a contribution.

Over the past two decades, Live Science quotes Coltice as saying, researchers have been working toward computer models that could represent the crust-mantle interactions realistically.

In the early 2000s, some scientists developed models of heat-driven movement (convection) in the mantle that were labor-intensive and didn't get a lot of follow-up work.

Coltice and his colleagues worked for eight years on their new version of the models, with the simulation alone taking 9 months to run.

The experts created a virtual Earth with realistic parameters ranging from heat flow, to size of tectonic plates, to length of time it takes for supercontinents to form and be driven asunder.

© RIA Novosti
The World Ocean - the vast, interconnected waters that surround the continents

The model has flaws, Coltice said, as it doesn't keep track of previous rock deformation, so rocks that have deformed before aren't prone to deform more easily in the future in their model, as might be the case in real life.

Researchers also found that as the mantle forces dominate when continents come together, hot magma “mantle plumes” are not the main reason causing continents to break apart.

​The drivers here are subduction zones: where one chunk of crust is forced under another, with mantle plumes adding their impact at a later date, explained Coltice.

Looking to the future, Coltice said the model and the real world have to be bridged with observations, enabling the model’s use in exploring everything from major volcanism events to how plate boundaries form to how the mantle moves around in relation to Earth's rotation.