Earth supports complex life partially thanks to the path of our sun's galactic orbit, as it steers clear of the inhospitable centre of the galaxy, where life probably couldn't survive.

A NASA scientist has revealed the time scale of the dinosaurs, tracking their evolution and demise, by assembling stunning animation showing Earth at the opposite side of the Milky Way during their lifetime, reports Business Insider.

Tracing our solar system's movement through the Milky Way, Dr Jessie Christiansen shows mankind has been present on Earth for just five million years – less than nine per cent the time of the dinosaurs.

I have always been interested in galactic archaeology, but I don't think this is what they meant.

Did you know that dinosaurs lived on the other side of the Galaxy? pic.twitter.com/ngGCAu0fYU

​Christiansen says she conceived the idea to give an animated illustration of this timeline when she was leading a stargazing party at the California Institute of Technology in Pasadena. At the time she mentioned that our solar system was across the galaxy when dinosaurs roamed.

"That was the first time I realized that those time scales — archaeological, fossil-record time scales and astronomical time scales — actually kind of match along together," Christiansen was quoted by the outlet as saying.

"Then I had this idea that I could map out dinosaur evolution through the galaxy's rotation."

According to Christiansen, it took her about four hours to make the film using timed animations in PowerPoint.

As the Earth and the other planets orbit the Sun, our host star is actually travelling around the Milky Way galaxy at an average speed of 230 kilometres per second. 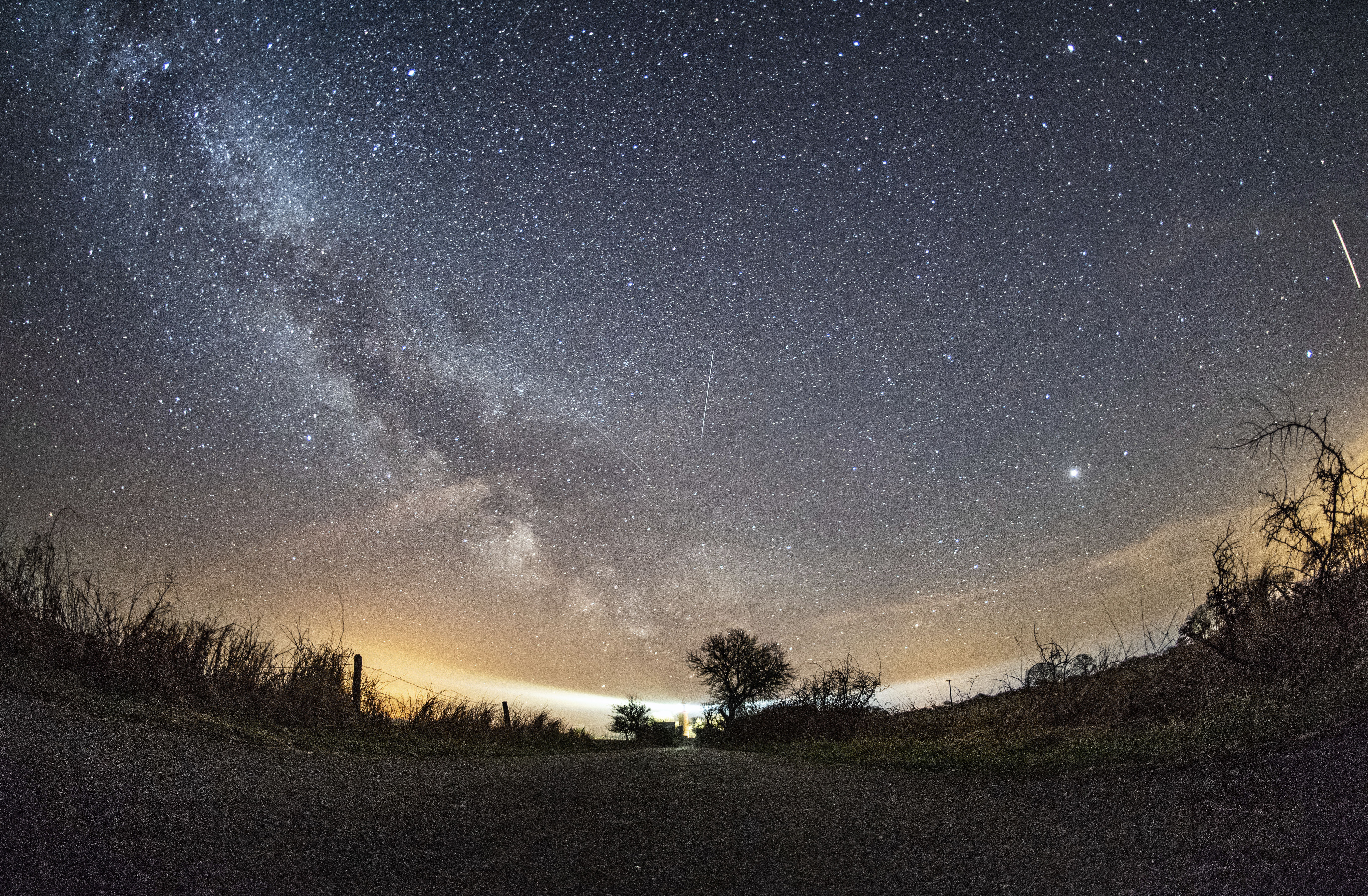 © AP Photo / Daniel Reinhardt
The milky way and traces of meteors illuminate the sky over Burg on the Baltic Sea island of Fehmarn, northern Germany, Friday, April 20, 2018 when the Lyrids meteor shower went down

It takes the solar system roughly 250 million years to make a complete trip and during that time the entire Milky Way is travelling through the universe.

“The animation kind of makes it seem like we’ve come back to the same spot, but in reality the whole galaxy has moved a very long way. It’s more like we’re doing a spiral through space. As the whole galaxy’s moving and we’re rotating around the centre, it kind of creates this spiral,” Christiansen explains.

So in the solar system's rotation around the galactic centre, we're not returning to a fixed point.

Still, although the “neighbourhood” is different from the last time, Earth is not drastically different.

It still supports complex life, in part thanks to the path of our sun's galactic orbit which does not approach the inhospitable centre of the galaxy.

"Our solar system doesn't travel to the centre of the galaxy and then back again. We always stay about this distance away," Christiansen said.

The dinosaurs roamed the Earth for roughly 177 million years before the deadly asteroid impact that is believed to have led to their eventual extinction.

NASA/Don Davis
An artist's impression of the asteroid that killed the dinosaurs.

The new animation from Christiansen shows that 66 million years ago, when the asteroid hit Earth, our planet was on the other side of the Milky Way.

By comparison, mankind has been present on Earth for just five million years – less than nine per cent the time of the dinosaurs.

It is still subject to debate as to exactly how long the dinosaurs managed to survive after the initial impact.

Previous research from the University of Berkley, California, believes there is evidence to suggest non-avian dinosaurs survived around 30,000 years afterwards, and they eventually went extinct due to the 100,000 years of drastic climate change caused by the impact.

Others however, believe the beasts died out in a matter of months, with palaeontologist Ken Lacovara previously saying:

“They died suddenly and were buried quickly."