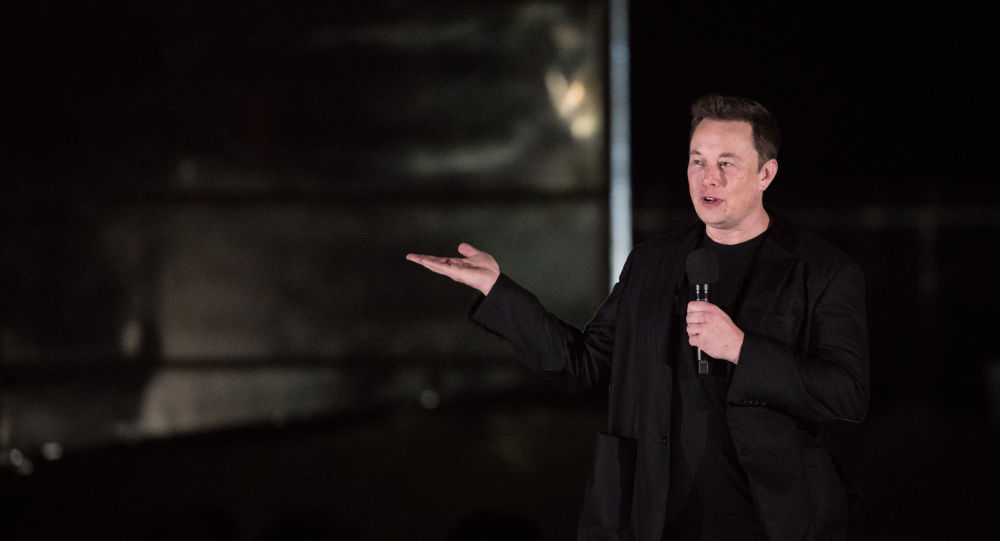 The 48-year-old maverick engineer made a surprise appearance at an Air Force "Pitch Day" and spent half an hour on stage with US Air Force commander of the Space and Missiles Systems Centre, Lieutenant General John Thompson.

Elon Musk has revealed why SpaceX is doing its best to design a reusable orbital rocket, saying it is the ultimate goal of the space industry. "With respect to space, I think there’s really just one problem, which is a fully and rapidly reusable orbital rocket. This is the Holy Grail, it’s the thing that has to be made", Musk said.

The tech visionary said his company’s upcoming project Starship, a next-generation rocket, is a step forward to reusing a rocket. SpaceX’s president Gwynne Shotwell recently said the company plans to land Starship on the Moon in 2022 with manned flights to Earth’s natural satellite planned shortly after that date.

"SpaceX has made some progress in reusing the booster. But that’s still only part of the rocket. It’s absolutely profound to have a reusable rocket", Elon Musk said during Air Force Pitch Day.

Musk stressed that a giant reusable craft costs much less than a small expendable one. The maverick engineer made the statement at the Air Force "Pitch Day", a two-day event during which US military officials meet with space companies and invest in projects the US Air Force is interested in.

Lieutenant General John Thompson said the days when all of the innovation came from the federal government or Department of Defence are gone, noting that "The US Air Force is trying to make things different and experimenting with how we can work closer with the commercial space market".

During a conversation with Musk, Thompson asked the tech visionary how Tesla and SpaceX decide on which tasks should be outsourced and which should be done internally. Musk also revealed how he finds talent and his approach to corporate leadership.

Incidentally, Musk’s SpaceX sued the US government over a US Air Force decision to award Launch Service Agreement Proposals (LSA) worth hundreds of millions of dollars, to its competitors – United Launch Alliance, Northrop Grumman, and Blue Origin.

This is not the first time Musk has launched a legal battle against the government. In 2015, SpaceX filed a lawsuit challenging a USAF plan to buy 22 rocket cores from one of its competitors. The issue was later settled, under which more national security launch missions became available for competition.