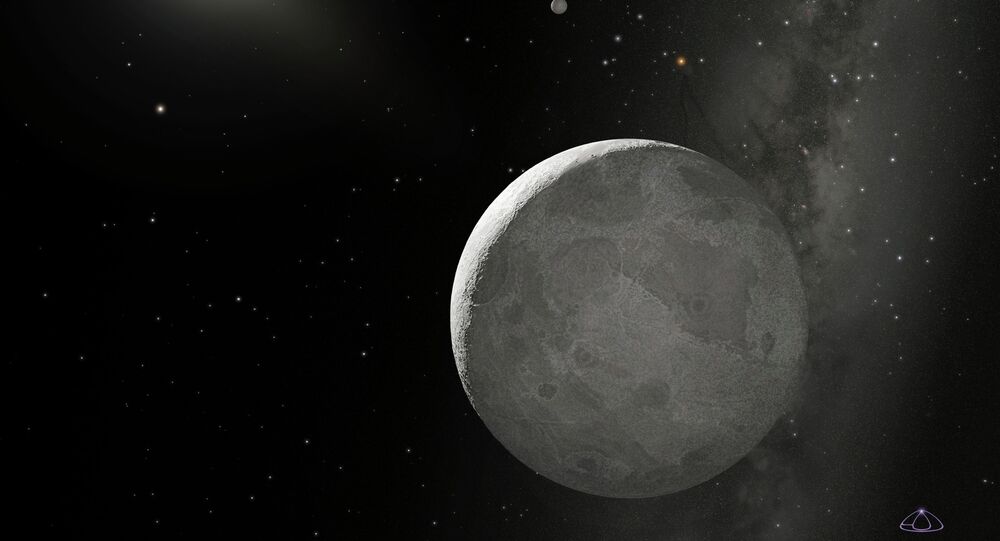 MOSCOW (Sputnik) – The Hygiea asteroid, one of the largest in the main asteroid belt, could be reclassified, as new data obtained after high-resolution imaging observations points to its dwarf planet characteristics, new research reveals.

"Hygiea is the fourth-largest main-belt asteroid and the only known asteroid whose surface composition appears similar to that of the dwarf planet Ceres, suggesting a similar origin for these two objects," the research, published by Nature Astronomy on Monday, says.

New high-resolution observations made by the European Space Agency’s SPHERE instrument on the Very Large Telescope (VLT) in Chile’s Atacama Desert, have revealed important details of Hygiea’s surface, size and shape, as well as rotation.

"Numerical simulations of the family forming event show that Hygiea’s spherical shape and family can be explained by a collision with a large projectile (Diameter~75-150 km). By comparing Hygiea’s sphericity with that of other solar system objects, it appears that Hygiea is nearly as spherical as Ceres, opening a possibility for this object to be reclassified as a dwarf planet," the Monday research explains.

If Hygiea is reclassified, it will supersede Ceres as the smallest dwarf planet in the Solar System.

Ceres is currently the only dwarf planet among the top four largest objects in the main asteroid belt, located between Mars and Jupiter. Apart from Hygiea and Ceres, the top four includes Vesta and Pallas asteroids.