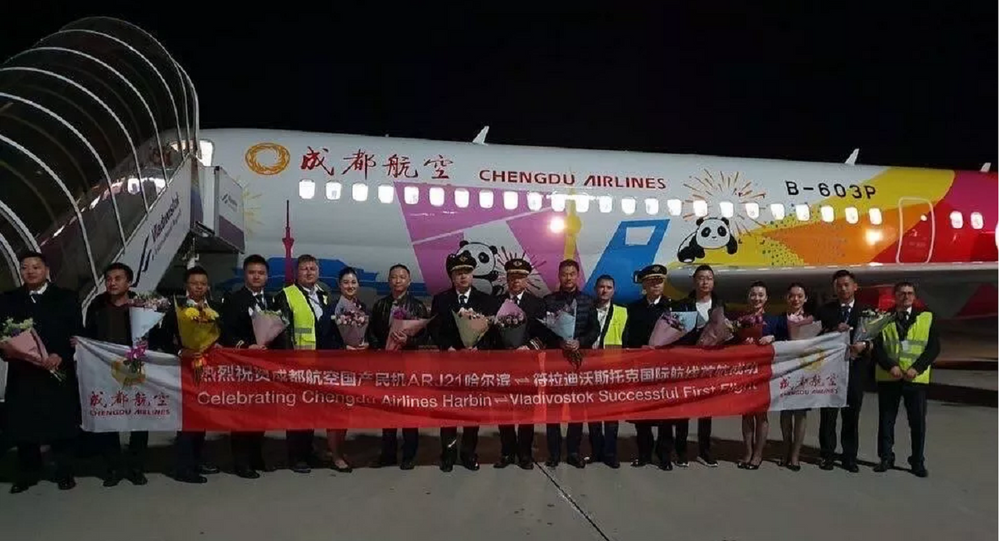 “Vladivostok International Airport announces the opening of a new route: Vladivostok-Harbin, with direct flights to be carried out by Chengdu Airlines using Comac ARJ21-700 aircraft. Vladivostok was the first airport in the world and in Russia to accept this type of aircraft,” the airport said in a statement.

The inaugural international flight of the plane, which has range of between 2,200 and 3,700 km, and seating capacity of between 70 and 95 passengers, took place on Saturday, with the airliner taking off from Taiping Airport in Harbin, northeastern China and flying to Vladivostok, about 500 km to the southeast. The flight lasted about 90 minutes. The new route will now make regular flights twice a week.

The Comac ARJ21 is China’s first indigenous jet aircraft design, with mass production of the planes starting in 2017. Along with Chengdu Airlines, the aircraft is operated by Genghis Khan Airlines.

Comac says a total of 596 of the regional airliners have been ordered by 22 customers in its two variants, the ARJ21-700, and the ARJ21-900, a stretched version. In the coming years, Comac is looking to turn its regional jet into a competitor to global giants including Airbus and Boeing, with the latter company facing growing safety concerns over its series of 737 aircraft.