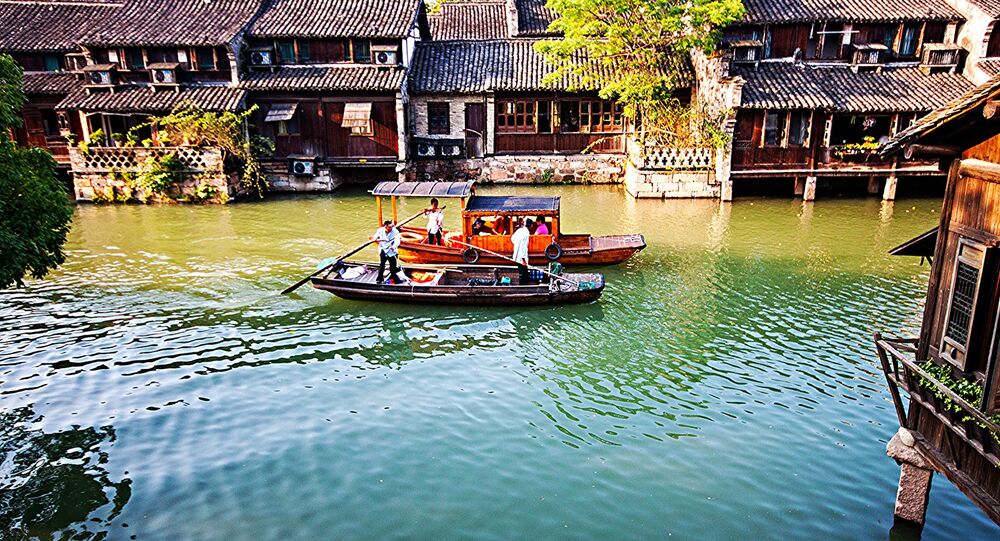 More than 140 5G transmitters recently went into service in Wuzhen to shore up the fifth generation of mobile wireless communications in the eastern Chinese city of just 60,000 people.

Chinese authorities have unveiled the country’s first “5G smart town” of Wuzhen, where residents will now be able to instantly download high-resolutions films with their smartphones. The 5G network was launched by state-run provider China Telecom and the Chinese tech giant Huawei.

A corner of the Xizha scenic area in Zhejiang province's Wuzhen water town on Oct 19, 2019. The sixth World Internet Conference started on Sunday, Oct 20 in the town pic.twitter.com/5zTYjZF1Bo

According to him, it means that Wuzhen residents would now be able to enjoy the latest blockbusters “in the blink of an eye”.

There will be over 140 5G transmitters which were recently installed on each and every Wuzhen street.

In a separate development, local authorities started to use automated boats powered by 5G in order to tackle rubbish on the city’s renowned canals.

In addition, the authorities are considering implementing at least 50 5G-related projects, including those pertaining to 5G-powered driverless cars and virtual fitting rooms.

Wuzhen Water Town is located in the northern part of Tongxiang City, Zhejiang Province of China. Wuzhen is approximately 80 kilometers from both Hangzhou and Suzhou, and 140 kilometers from Shanghai. Wuzhen was built 1300 years ago, it is a typical ancient town in South China. pic.twitter.com/nk47F6MrEU

An ancient water town located near Shanghai in eastern China's Zhejiang province, Wuzhen has population of 60,000 people and an area of 71 square kilometres (27 square miles), which means that it is a little bit larger than Manhattan.

Wuzhen being touted as “5G smart town” comes amid an increase in Chinese public facilities featuring Huawei's 5G technology. In May, a state-of-the-art “5G smart mall” equipped with facial-recognition cameras and robotic personal guides was unveiled in the city of Shanghai.

Huawei, meanwhile, remains on the US’ blacklist after Washington restricted the Chinese tech giant’s access to the purchase of US hardware, also urging all of its allies to exclude the company from their plans to establish 5G networks.

Even so, Huawei has already provided its source code to the UK, Canada and Germany which plan to use Huawei components in their high-speed 5G internet networks amid warnings from the US that they could damage the security of military communications.