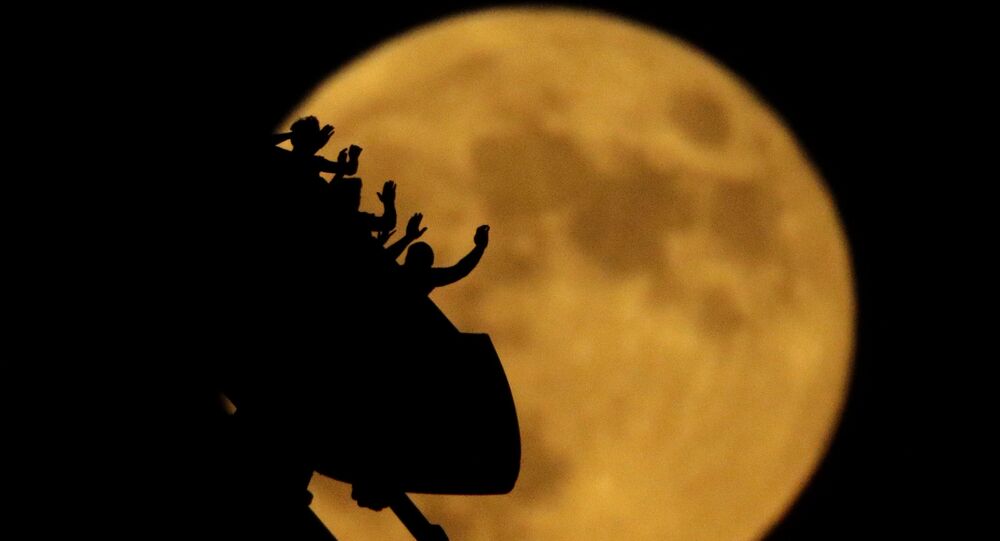 NASA discovered water on the Moon in 2009 after crashing a rocket into a crater on near the south pole. Since then the task has been to study and eventually extract and use the reserves, which potentially amount to the millions of tons.

NASA revealed on Friday that it will send the new Volatiles Investigating Polar Exploration Rover (VIPER) mobile robot to the south pole of the Moon, in order to get a close-up look at ice deposits in the region and hopefully sample the water ice.

“The key to living on the Moon is water – the same as here on Earth”, said Daniel Andrews, project manager of the VIPER mission and director of engineering at NASA’s Ames Research Center in Silicon Valley.

“Since the confirmation of lunar water-ice ten years ago, the question now is if the Moon could really contain the amount of resources we need to live off-world. This rover will help us answer the many questions we have about where the water is, and how much there is for us to use", he explained.

The administration plans for VIPER to reach the Lunar surface in December 2022, adventuring across miles of Moon territory for a 100-day period, using its four science instruments including a 1-meter drill to gather soil samples across a range of light and temperature.

Data collected will provide vital information on where else water may lie on the Moon and help to develop the first global maps of water resources on the Earth's only natural satellite.

“It’s incredibly exciting to have a rover going to the new and unique environment of the South Pole to discover where exactly we can harvest that water”, said Anthony Colaprete, VIPER’s project scientist.

He continued saying “VIPER will tell us which locations have the highest concentrations and how deep below the surface to go to get access to water”.

NASA outlined how it will collect the samples, explaining that VIPER will use it's the Neutron Spectrometer System (NSS) to detect 'wet' areas underneath the surface. Upon detection of water, VIPER will deploy a drill called The Regolith and Ice Drill for Exploring New Terrain (TRIDENT), created with Honeybee Robotics, and take soil samples from up to a meter below the surface.

​The south pole will also serve as the destination of NASA's Artemis program, which will see the first woman as well as the next man, land on the Moon 2024.

The Artemis program is a collaborative commercial and international ambition and intends to become the genesis of a permanent self-sustaining human presence on the Moon to be used as a launching pad to explore Mars and beyond.

According to the space administration, the project is part of the Lunar Discovery and Exploration Program managed by the Science Mission Directorate at NASA headquarters.

NASA’s Commercial Lunar Payload Services (CLPS) contract will take care of the spacecraft lander and launch vehicle, which will get the robot into space. Ames is overseeing the mission’s science, systems engineering, real-time rover surface operations and software development. The Johnson Space Center is responsible for designing the robot's hardware, and Ames, Kennedy, and Honeybee Robotics are providing the rover instruments.

Scientists have long looked to the lunar poles as sources for water ice, which would be an immensely valuable resource for humans, including providing oxygen to breathe and hydrogen to develop fuel for future exploration.

NASA explain that because of its tilt, the Moon has permanently darkened regions where water ice can accumulate without being melted by sunlight, due to constant comet and meteor bombardment.

In 2009, NASA detected the presence of water ice on the south pole of the Moon after crashing a rocket into a large crater, confirming that the Moon contains large reservoirs of water ice.

NASA Teams Up With 'Alien Hunters' in Search for Other Life