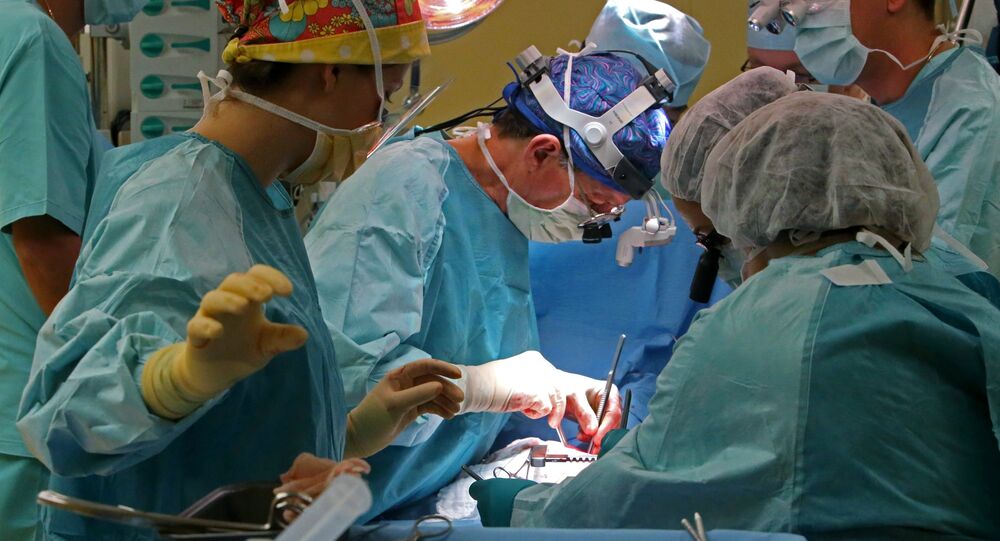 Scientists from NUST MISiS have developed a magnetic sensor whose sensitivity makes it possible to detect changes in magnetic fields in the human heart. The findings were published in Magnetism and Magnetic Materials Magazine.

The transition to non-contact detection of diseases is an important trend in the development of modern medicine. One such method is magnetic diagnostics.
Human organs such as the heart, brain, and nervous system generate very weak magnetic fields. The magnetic fields "respond" to changes in organs affected by disease. Having detected changes in magnetic fields, one can diagnose a number of serious illnesses in their early stages, including coronary heart disease, multiple sclerosis, Alzheimer's disease, and others.

Today, it's mostly SQUIDs (superconducting quantum interferometer devices) that implemented in magnetic diagnostics. However, they have a complex structure and require constant cooling to the temperature of liquid helium. A device for magnetocardiography can cost hundreds of thousands of euros.

Unlike SQUIDs, the new sensors work at room temperature. They are very compact – with working surfaces under 3 cm in length.
The sensors are based on composite multiferroics (materials capable of converting a weak oscillation of an external magnetic field into an electrical signal). A composite multiferroic consists of a lithium niobate (LiNbO3) crystal and amorphous ferromagnetic materials such as metallic glasses. NUST MISiS have developed this combination in collaboration with the University of Aveiro (Portugal).

"When the sensor is in a weakly changing external magnetic field, each of the teeth of a flat tuning fork bends in opposite directions. Bending leads to the appearance of a potential difference at the electrical contacts of the structure, with the resulting charges adding up. Our solution gives the sensor sensitivity of 3 pT/Hz1/2 at a low frequency (3 Pikotesla to the root of hertz)", Andrei Turutin, one of the developers, explained.

The developers further plan to improve the sensors to achieve even greater sensitivity, as well as to create a prototype for completed devices.