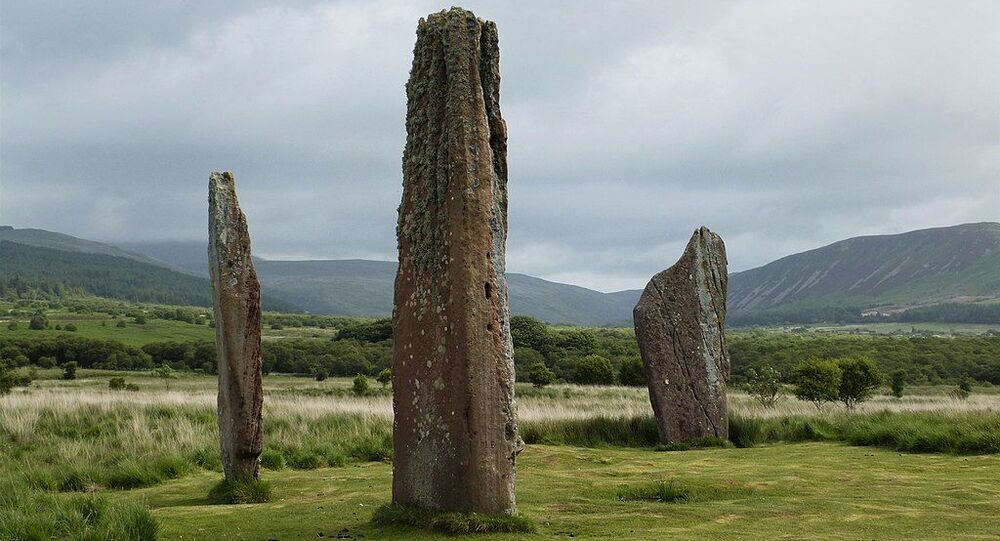 As the Rapid Archaeological Mapping Manager at Historic Environment Scotland said, the survey of the Isle of Arran is just the beginning, as he expects to discover “tens of thousands more ancient sites across the rest of Scotland.”

A new project involving an airborne laser scanning method known as LIDAR has allowed archaeologists from Historic Environment Scotland (HES) to discover a veritable bonanza of previously unknown sites on the Isle of Arran.

According to The Scotsman, the survey, which became the largest such undertaking to be conducted in the region, uncovered about 1,000 locations of interest, including prehistoric settlements, medieval farmsteads and a Neolithic cursus monument which the newspaper described as “an exceptionally rare find on the west coast of Scotland.”

© Photo : Historic Environment Scotland
A medieval roundhouse is among new sites to emerge from the landscape

“This survey has shown us that there are double the number of ancient monuments on Arran than we previously knew about,” Dave Cowley, Rapid Archaeological Mapping Manager at HES, said. “This new 3D technology has allowed us to undertake a rapid archaeological survey, over weeks rather than months or years, and allowed us to discover sites that might even have been impossible to find otherwise.”

He noted that the survey allowed them to determine “how densely settled parts of Arran were,” adding that “this is an exciting time to be involved in the development of remote sensing and archaeological mapping.”

Cowley also stated that as they are “exploring the benefits of new technology and new datasets to record Scotland’s historic environment and inform our knowledge of the past,” the Arran project is “just a first step.”

“As this technology become more widely available, we expect to find tens of thousands more ancient sites across the rest of Scotland – working at a pace that was unimaginable a few years ago,” he announced.