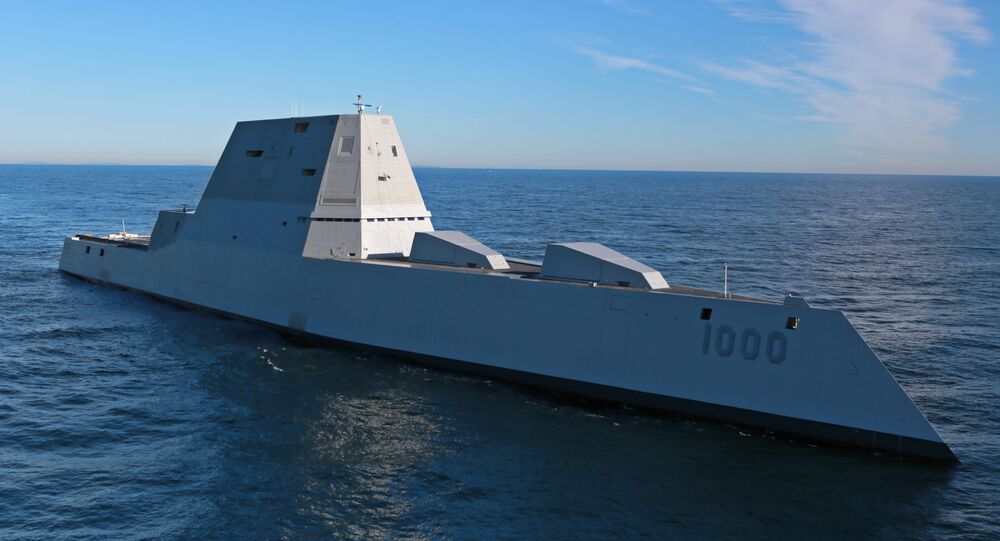 The USS Zumwalt (DDG-1000), the first of three new guided missile destroyers for the US Navy, won’t be delivered with complete combat capability until the first quarter of next year, six years behind schedule.

The destroyers are undergoing a phased delivery strategy, according to Stars & Stripes, with hull and mechanical and engineering installation being completed at General Dynamics Bath Iron Works in Maine, followed by testing on the East Coast and combat system activation in California by defense contractors Raytheon and BAE Systems. Once all of the ships’ combat systems have been installed and tested, they will be considered ready for final delivery. At present, the first two destroyers, the Zumwalt and the USS Michael Monsoor, are active.

Shelby Oakley, an acquisition director with the Government Accountability Office (GAO), also confirmed to Stars & Stripes that the delays “continue to stem from the same, numerous difficult issues the Navy has faced on DDG-1000 for some time that are a result of concurrently attempting to prove out and build a very complex ship.” The GAO said in an April report that the Navy is “still working to correct” 320 “serious deficiencies” on the ship.

According to the US Navy, the Zumwalt is the “largest and most technologically advanced surface combatant in the world” and will be able to perform a “range of deterrence, power projection, sea control and command and control missions.”

The construction of Zumwalt-class ships began in 2009, with the intention to build over two dozen vessels, but the number was eventually reduced to three. The destroyer was designed to use stealth technology to reduce its detectability by enemy. Despite using advanced systems and equipment, both active ships of the class have encountered numerous technical problems, especially at the stage of acceptance trials, Sputnik reported.