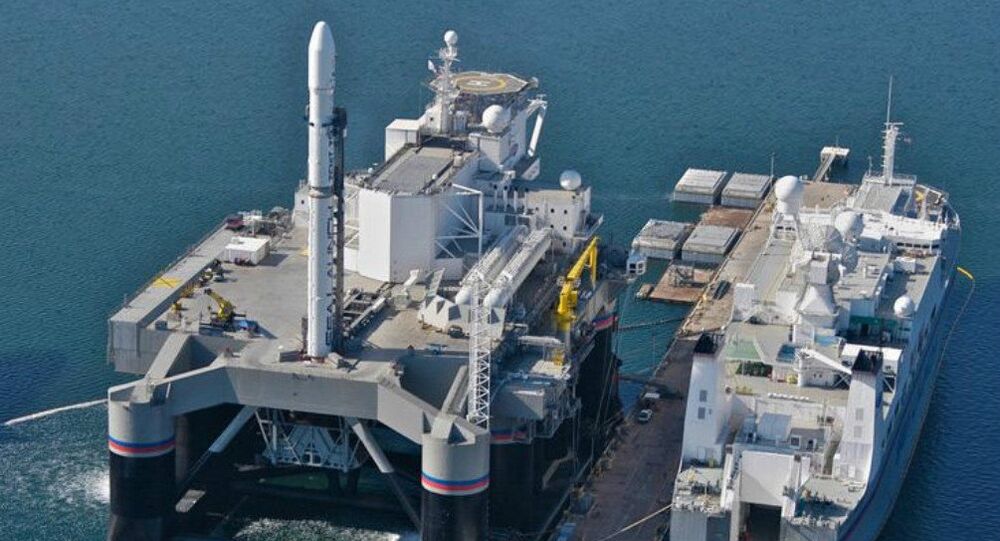 The mobile maritime space port, designed to launch commercial payloads using specially-made rockets from near the equator, remains moored off California despite being purchased by a major Russian airline in April 2018.

The Sea Launch maritime launch platform has been prepared to be moved from the US to Russia, with all of its US and Ukrainian-made components removed, a source in the Russian space industry has said.

“All American and Ukrainian equipment has been dismantled from the Odyssey launch platform in preparation for its transfer from Long Beach in the United States to Russia’s Far East,” the source, who requested to remain anonymous, said.

The removed equipment reportedly includes communications equipment by Boeing, as well as launch equipment made by Ukraine’s Yuzhmash rocket maker.

A Russian government source has confirmed this information, but added that the redeployment requires authorisation from the US State Department. “Negotiations are ongoing,” the source said.

S7 Group, the private Russian airline and aerospace company which purchased Sea Launch in April 2018, has yet to comment on this information.

Created as a joint venture of companies from Russia, Ukraine, the US and Norway in 1995, the Sea Launch project was successfully used to deploy nearly three dozen commercial satellites into orbit between 1999 and 2014. The project was mothballed in 2014 due to the crisis in Ukraine, which led to the halt of the production of the system’s Russian-Ukrainian produced rockets.

The perceived benefit of the unique Sea Launch platform is its capability to launch near the equator, with the greater rotational speed at the equator providing an extra launch boost, reducing the thrust needed to launch payloads into orbit. In the absence of populated areas nearby, ocean based launches are also believed to be safer.

Earlier this year, Roscosmos chief Dmitry Rogozin announced that Sea Launch could be relocated to Sovetskaya Harbour, in the Russian Far East, to launch the Irtysh, aka the Soyuz-5, a new rocket being developed by the Progress Rocket Space Centre.

The possibility of the Sea Launch system’s relocation to the Far East was considered as far back as 2013, with Vladivostok, Crimea and Vietnam listed as other potential destinations for the launch platform and its command ship.

After S7 purchased the mobile spaceport for an estimated $150 million in April 2018, the company received the Odyssey platform, the Sea Launch Commander command ship, ground-based equipment located in Long Beach, California as well as the intellectual property rights, including its trademarks to the project.

No rocket launches have been carried out since that time. The company had ambitiously planned to conduct some 70 launches from the platform over the next 15 years. However, earlier this year, a Russian space industry source said that the Sea Launch system’s relocation to Russia would be required for launches to continue, since according to the existing intergovernmental agreements between Russia and the United States, the platform was only allowed to launch the Russian-Ukrainian-made Zenit rocket, whose production was discontinued in 2014.