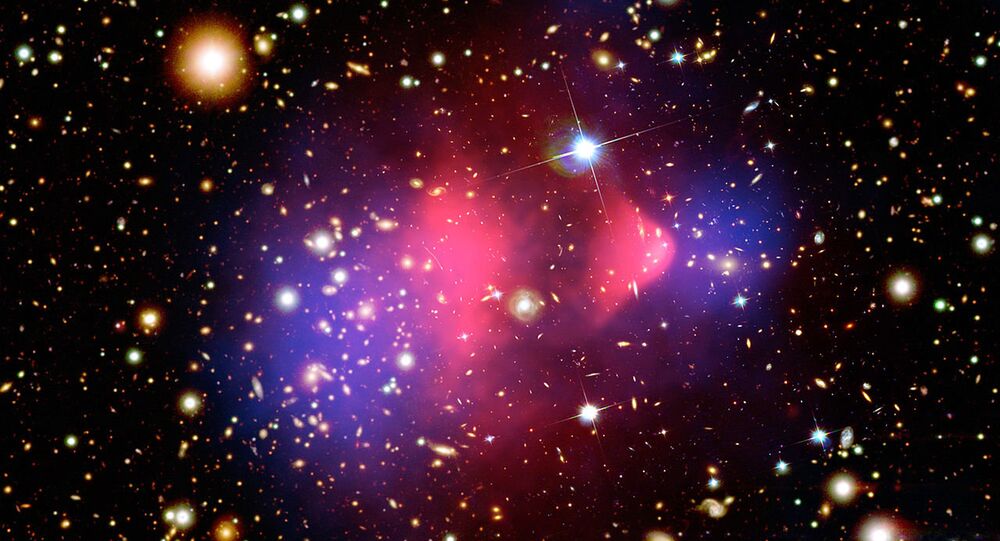 The news may upset some believers in divine creation and conspiracy theorists, as scientists say the discovery gives credence to the idea that galaxies were formed by filaments of… gas.

An international team of astronomers has detected a cosmic web that is thought to provide a framework for the universe. According to the current theory, filaments of hydrogen gas, which form the cosmic web, provide fuel for the formation of stars and galaxies; however, scientists have never been able to prove this theory, as these clumps of gas are very faint and hence difficult to detect.

Using the Very Large Telescope in Chile, a team led by Dr Hideki Umehata examined a cluster of galaxies located about 12 billion light years away. Peering into them, they spotted faint filaments of gas that filled the space between the galaxies.

“We found galaxies and supermassive black holes formed along the filaments. They are fuelled by the cosmic web. This is the first time we really see the filaments connecting a number of galaxies”, said Dr Hideki Umehata.

It is thought that the cosmic web appeared several hundred million years ago after the Big Bang. Although the filaments of gas spotted by Dr Umehata and his team stretch for three million light years, they are just a small portion of the cosmic web.

"These observations represent a very important step in validating our theory of the assembly of galaxies, adding a key piece of the puzzle”, said Calvin Sykes, a PhD student who contributed to the study.