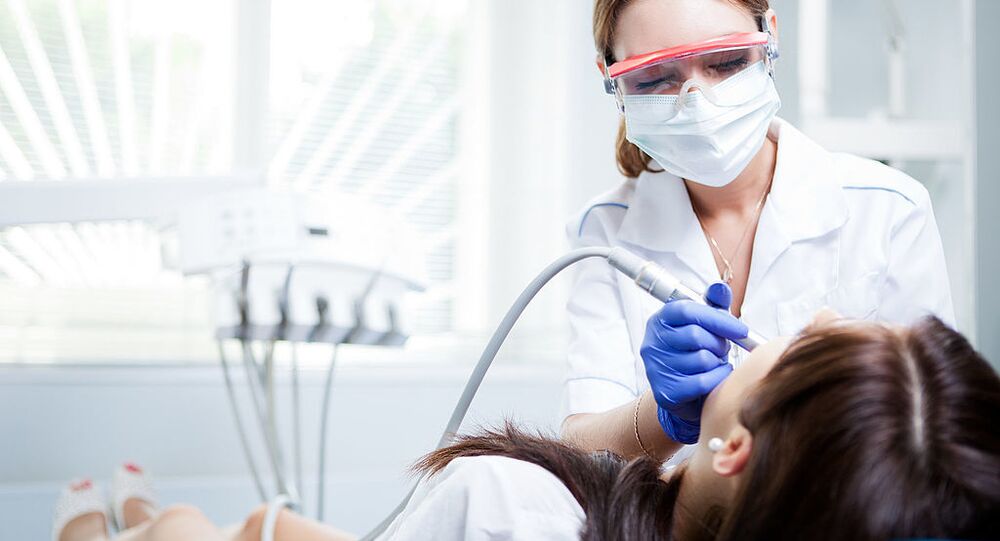 While studying the possible cause of a dangerous infection, peri-implantitis, scientists at the Siberian Federal University (SibFU) and the Institute of Medical Problems of the North suggested that it could be traces of foreign inorganic substances on the surface of new sterile dental implants.

The intermediate results of the experiment are published in Dentistry magazine.

Many dentists today use dental implantation as a rehabilitation method. The number of complications associated with it is increasing, including cases of peri-implantitis, an infection when soft tissues of the oral cavity inflame, the bone tissue in the prosthesis area is irreversibly destroyed and gum swelling, bleeding and suppuration occur.

Effective treatment for this infection is laser therapy, which cleans the surfaces of an implant of any foreign substances and organisms. Surfaces, however, vary greatly in cleanliness, which largely depends on their manufacturer.

SibFU scientists have evaluated the morphological and elemental composition of various implant surfaces treated with a laser with a wavelength of 2780 nm, compared to the implants not touched by a laser in patients with peri-implantitis.

Researchers have studied implant samples with surfaces from different manufacturers. All of them were in use from three to 10 years and were removed due to the development of peri-implantitis in patients. As control samples, one implant from a sterile packaging from each manufacturer was used.

"Three types of surfaces were compared: the infected surface of the prosthesis from a patient with peri-implantitis, the infected surface that was laser-treated, and the surface of a new sterile implant. On the new implant, traces of contamination with inorganic compounds and a large number of foreign chemical elements that could cause the disease were found. The surface of untreated implants was expectedly contaminated – carbon, phosphorus, sulfur, silicon and other substances formed during inflammation were detected in huge quantities. We managed to clean the surfaces with a laser," the press service of Siberian Federal University said.

The authors of the study believe that with the help of laser radiation it’s possible to effectively clean the surface of completely new implants from foreign impurities, which can provoke the body’s immune response as well as bacteria.