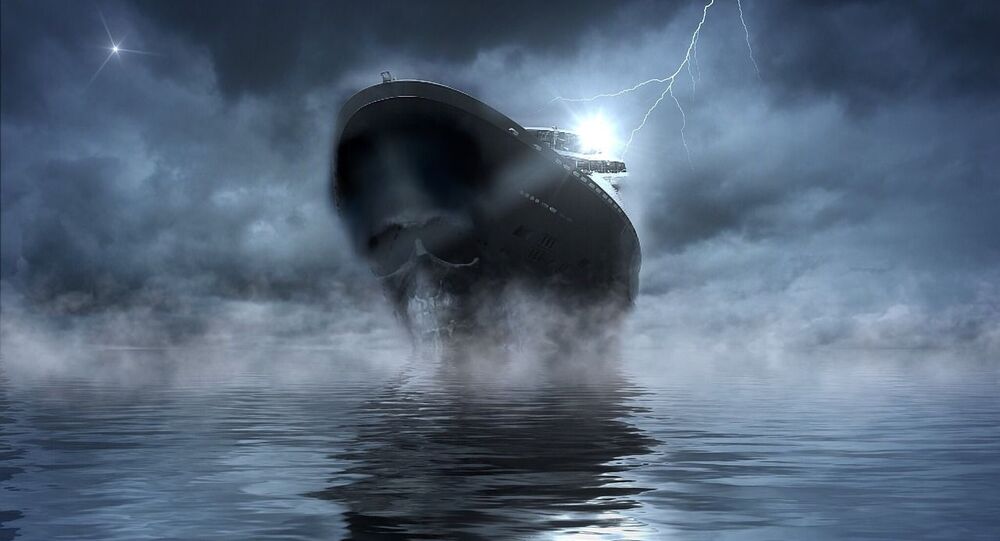 The steamer’s wreckage was found resting over 800 feet below the water’s surface, where it has remained since its tragic demise.

A pair of enterprising shipwreck hunters recently managed to discover the final resting place of Hudson, a steamer freight ship which was lost with all hands when a vicious gale sent it to the bottom of Lake Superior on 16 September, 1901, Minnesota Public Radio reports.

The remnants of the 288-foot long vessel were found resting about 825 feet below the water’s surface, where it remained until the hunters, Jerry Eliason and Kraig Smith, finally found it using a sonar and a camera.

“It's very intact, speared into the bottom bow-first,” Eliason said. “So the bow is about even with the mud and the stern is probably around 20 feet off the bottom, and the propeller is hanging high up in the air off the bottom.”

According to the media outlet, the “ghost ship” legend emerged in the decades following the Hudson’s demise, with haunting stories about the ship and its spectral crew still sailing the lake.

​The exact circumstances of the vessel’s sinking also remain unclear, with author and University of Minnesota Duluth professor Julius Wolff noting that “why the Hudson succumbed when many other less substantial ships came through (the storm) remains one of the mysteries of the lake.”

Eliason and Smith now intend to return to the lake in order to obtain more photos of the Hudson, and to continue their search for another elusive shipwreck, the Sunbeam, which sank in 1863.

"It's just always interesting to solve a mystery that hadn't been solved before. And just to see the final resting place. (There’s) always contemplation, thinking about what that last circumstance was like,” Smith said. “Certainly, having been out on the lake in our share of weather that, on a minor scale, is pretty unappealing — I can't imagine what it's like being out when ... it's bad enough that it's life-threatening for those big boats."