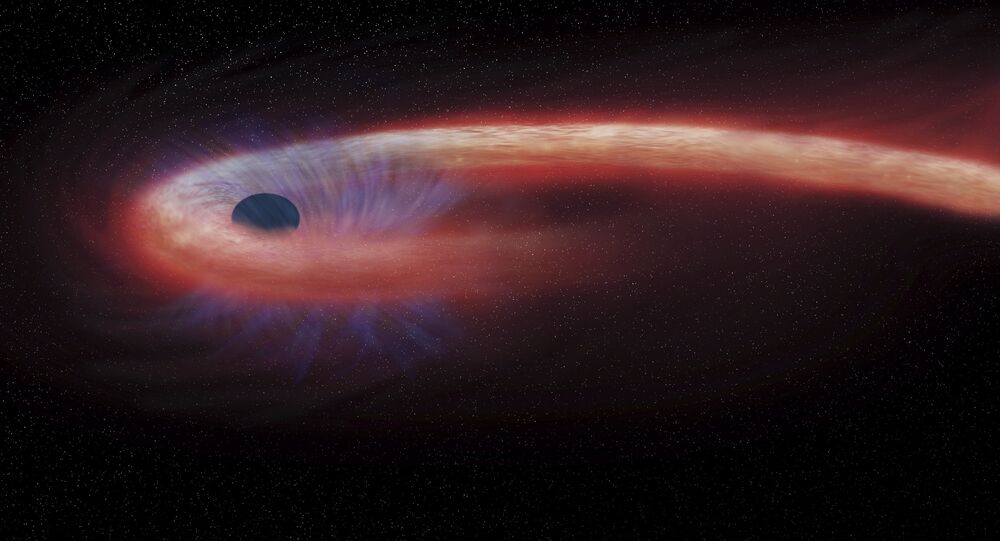 When an unfortunate star moves too close to a black hole, an event occurs that is called a tidal disruption event. Tidal disruptions are incredibly rare, occurring once every 10,000 to 100,000 years in a galaxy the size of our Milky Way.

For the first time, NASA’s planet-hunting Transiting Exoplanet Survey Satellite (TESS) has observed a black hole destroy a star from start to finish in what is an extremely rare cataclysmic phenomenon.

A recent study conducted by a team of astronomers led by Carnegie’s Thomas Holoien and published in the Astrophysical Journal detailed the tidal disruption event (TDE), as it is called, which led to the star’s demise.

“Only a handful of TDEs have been discovered before they reached peak brightness and this one was found just a few days after it started to brighten,” Holoien says.

“Thanks to it being in what’s called TESS’s “Continuous Viewing Zone,” we have observations of it every 30 minutes going back months — more than ever before possible for one of these events,”” added Holoien.

When a star moves too close to a black hole, intense tides break it apart into a stream of gas, with the tail escaping the system, while the rest of it swings back, surrounding the black hole with a disk of debris. Tidal disruptions are incredibly rare, occurring once every 10,000 to 100,000 years in a galaxy like our own Milky Way.

In a study that enabled scientists for the first time to observe the phenomenon in such detail, the star’s demise was assessed by separating the light emitted during the TDE into a distinct spectrum, revealing information about the star’s chemical composition and the speed at which it was torn apart.

While previously astronomers believed all TDEs would look the same, the new research casts doubt on this.

“Astronomers just needed the ability to make more detailed observations of them,” says Patrick Vallely of Ohio State, second author on the paper.

“We have so much more to learn about how they work, which is why capturing one at such an early time and having the exquisite TESS observations was crucial,” he added.

Carnegie’s Decker French, part of the research team concludes: “Having so much data about ASASSN-19bt will allow us to improve our understanding of the physics at work when a star is unlucky enough to meet a black hole.”

TESS was launched on April 18, 2018 aboard a SpaceX Falcon 9 rocket out of Cape Canaveral.

It will be looking for everything from Earth-sized planets to enormous gas giants.

According to NASA, TESS is "the next step in the search for planets outside of our solar system."