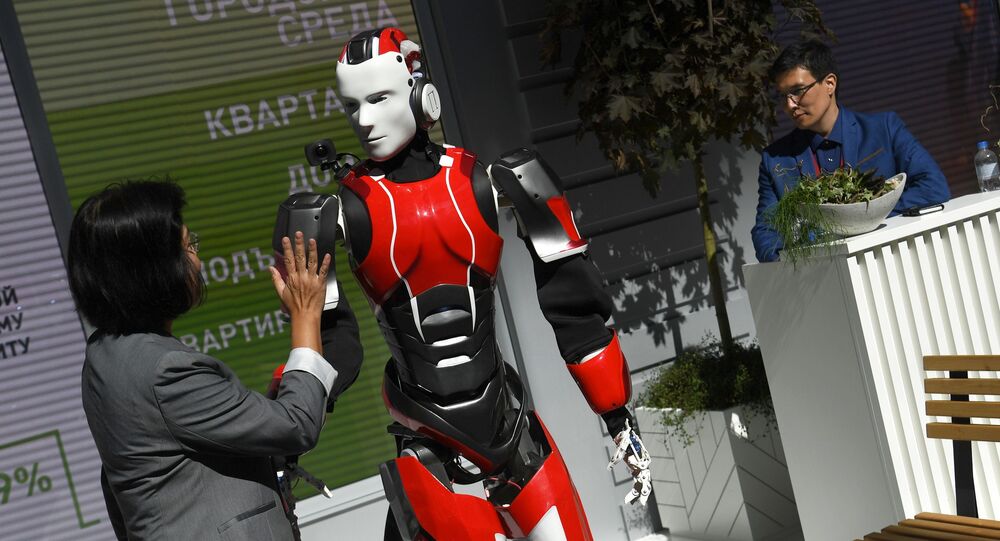 What if an ordinary citizen could routinely call world leaders and quickly receive a response without bureaucratic barriers? A top artificial intelligence (AI) researcher claims that the scenario could become a reality in the coming decades.

According to computer science professor Dr. David Levy - author of Love and Sex with Robots - human politicians will be replaced by robots relatively soon due to a superior ability to make correct decisions, The Daily Star reported.

"If you think about what a President or Prime Minister has to do, he has to make decisions about economic, political, health and transport matters [...] These types of decisions will eventually be made much better by an AI than by humans, because AI is developing at such a fast rate that just about every task that requires human intuition and intelligence will be solvable by AI", Levy said, cited by The Daily Star.

Levy suggested that lawmakers gradually lose a voter's trust. As an example, he pointed to recent Brexit developments and the "chaos" in the Trump administration, The Daily Star said.

"Eventually I think everybody will accept that artificial intelligence is better than humans at just about everything [...] So if you have AI that is better at say economic planning than any human, which would you sooner have in charge of your country's economy, a human or a superior AI?", Levy rhetorically suggested, according to UK-based media.

The scholar believes that one day anyone with access and connectivity will be able to personally communicate with a cyberlawmaker.

"Everybody would be able to dial-up and ask whatever questions they wanted to ask, and the answers would come from the AI itself, which would be much better than the situation now [...] You and I can't dial up Boris Johnson and ask him a question", Levy joked, cited by The Daily Star.

According to Levy, mankind does not have long to wait for this new reality. "30, 40, 50 years, something in that region", Levy opined, cited by The Daily Star.

From Fixing Satellites to Moon Colonisation: Fedor First Step to Future of Teams of Robot Cosmonauts