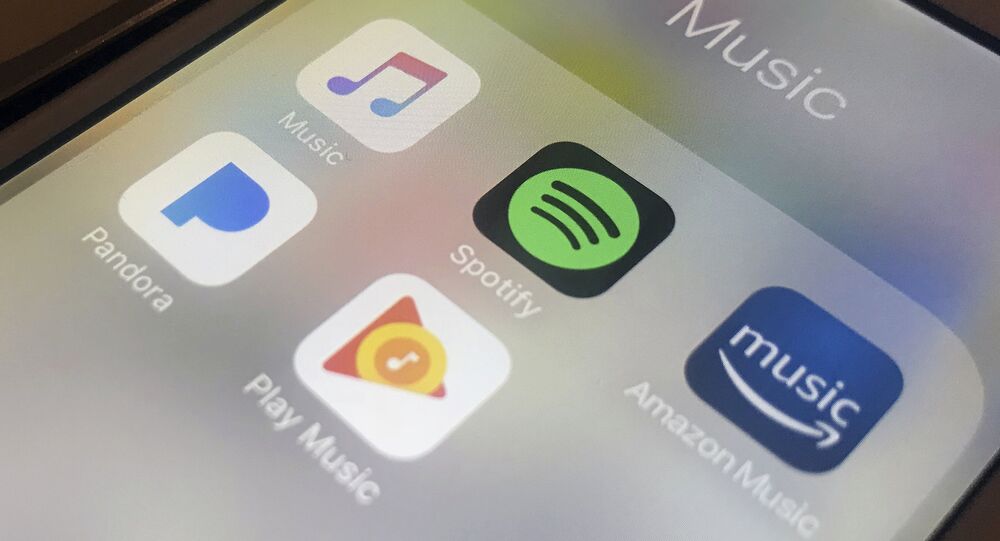 New Delhi (Sputnik): As Narendra Modi's government looks to make India a $5 trillion economy by 2025, global tech players are looking at ways to benefit from the rising tide.

“India has the largest population of tech savvy millennials in the world, hence the country is fertile for tech players to witness a multi-fold growth. Besides, we have certain things like changes in taxation and fiscal reforms going on here to support ease of doing business, thus creating more conducive environment,” said Cyber Media Research (CMR), President India Thomas George.

Foreign investments are also set to benefit from Finance Minister Nirmala Sitharaman decision to cut corporate taxes by an average of 9 percent in order to boost growth and generate employment in the country.

On 16 September, California-based Apple announced investments of $1 billion and $13 million to facilitate iPhone production in India and for to boost its retail expansion in the country.

As part of its expansion plans, the company plans to focus on the advancement of Computer Science technology in the country. Google discussed its plans to provide internet access to remote villages in the country and bring tokenised cards for its online transaction app Google Pay to prevent people from banking fraud.

“Chinese players like Xiaomi and OnePlus have already quite established themselves in the consumer and industrial products market here. However, apart from smartphones, if we look at services, we will continue seeing these global companies investing and making announcements more and more in the coming days because they see enough head-room to grow in this country,”  George said.

Taking into consideration the budding craze of voice-enabled virtual assistants in the country, both, Google and Amazon incorporated new India-focused changes to their respective digital assistants – Google Assistant and Alexa.

According to an August report by US-based Cloud services provider Limelight Networks, 68 percent of Indians are already smitten by digital assistants-enabled devices.

To help people communicate better with each other and with its digital assistant, Google rolled out support for a total of nine Indian languages. It also activated the “Interpreter” mode in Google Assistant to facilitate real time conversation interpretation between two people who do not speak the same language.

Amazon on the other hand, has programmed Alexa to speak fluently and understand commands in Hindi.

“Without a doubt our demographic dividend is an advantage and market is too big and diverse with full of opportunities for these players,” George added.

In addition to Apple, Google and Amazon, software giant Microsoft has also shifted its focus to India aiming to help entrepreneurs overcome some of the key challenges their start-ups face in smaller cities, including a lack of advanced technology and the shortage of mentorship from established industry players.

With a strong focus on “Microsoft for Start-ups”, the company claims to be uniquely positioned to help newer businesses in smaller Indian towns get ready for the next phase of industrial growth.

“Be it the start-up ecosystems or functioning of mid-sized organisations, youth is the asset of the country who actually make India an attractive market for these players.  We are a $2.7 Trillion economy growing by 5.5 percent annually” George said. “Tech players have a long way to go in India.”

Given the ongoing trade tensions between the US and China, the fact that American tech giants are shifting their focus to India is not surprising. The ongoing tariff-war between the two countries has led tech players dependent on China for production and expansion to look for alternative markets.