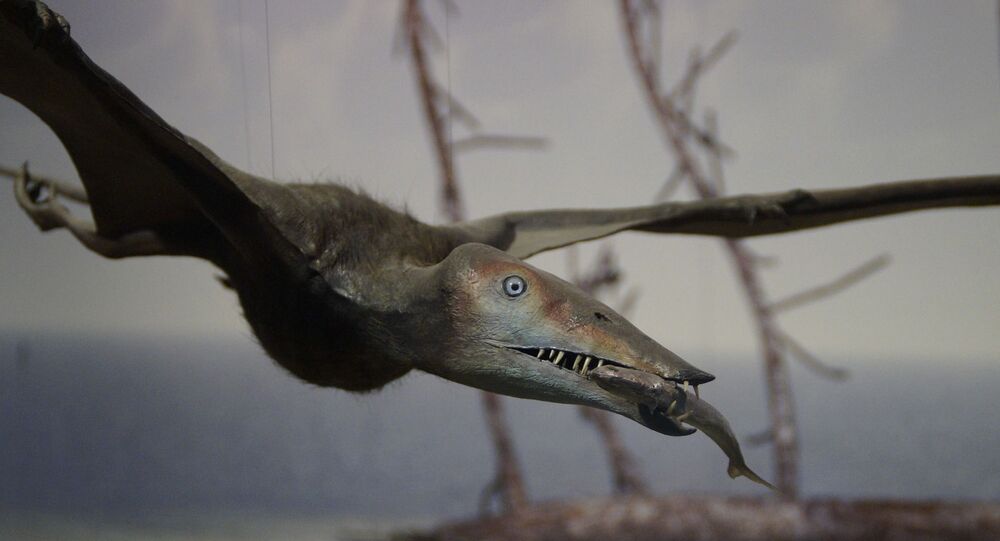 The massive flying hunters known as pterosaurs weighed up to several hundred pounds and are even believed to have preyed on baby dinosaurs.

A peculiar discovery was made on the Isle of Wight where scientists found fossilized remains of a massive prehistoric flying creature with a wingspan of at least 20 feet, the Sunday Times reports.

According to the newspaper, the gigantic pterosaur belonged to the species known as Hatzegopteryx and lived about 125 million years ago, "when what is now England lay thousands of miles to the south".

These creatures could weight up to 650lbs and are even believed to have preyed upon baby dinosaurs, with 3D modelling suggesting that these airborne hunters "used their large leg and wing muscles as catapults" to propel their heavy bodies into the air.

"It might have been the largest flying creature that had ever lived up to that time", said Robert Coram, the man who made the find.

He also speculated that the unearthed remains possibly belonged to "one of the first super-pterosaurs", and mused that in a place as "incredibly heavily prospected by people almost on a daily basis" as the Isle of Wight, it takes the ability to spot "the little things" that others overlook to make discoveries like this.

And in 2017, over 200 preserved pterosaurs eggs were unearthed in China, offering researchers an opportunity to learn more about how pterosaurs progressed from egg to adult.