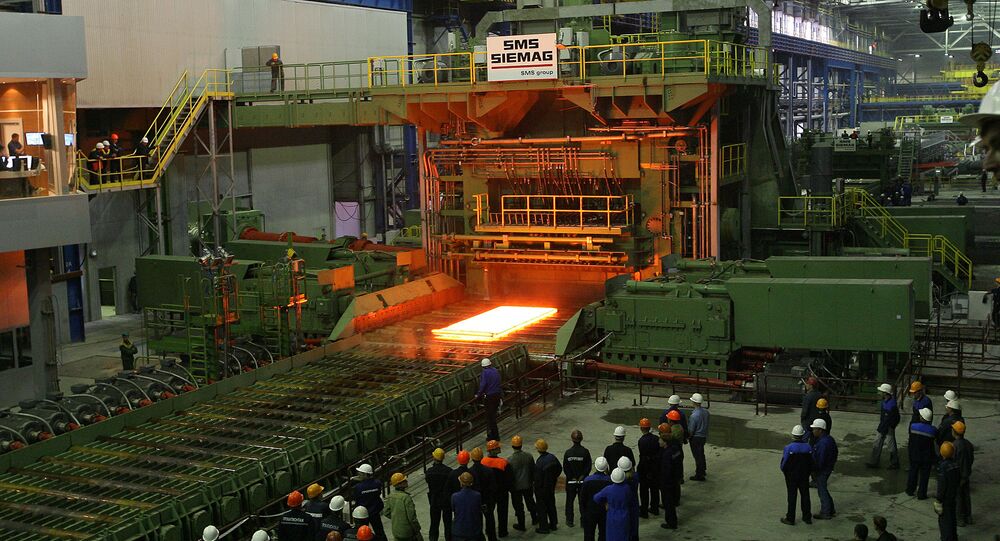 Russian Scientists Figure Out How to Make Steel 'Tougher'

Scientists from Tomsk Polytechnic University (TPU) have improved the alloying process (improving the properties of metal due to impurities), allowing not only the wear-resistance of materials to be increased, but also giving them some qualitatively new characteristics, which is in demand in high-tech industries, science and energy.

The results of the study have been published in "Surface and Coatings Technology".

According to the TPU scientists, traditional alloying methods have exhausted their technological potential. In order to manufacture materials with improved properties, they increasingly resort to affecting metal with beams of charged particles, plasma flows, and laser radiation.

One such method is ion implantation (ion-implant doping); it allows you to change the elemental composition, microstructure and morphology of the surface layers of the material that determine such properties as wear-resistance, corrosion resistance, and others.

The Tomsk scientists have developed a new method of ion implantation, dramatically expanding the possibilities of using this method in the industry. According to head of research, head of the TPU high-intensity ion implantation laboratory Alexander Ryabchikov, experimentally they've managed to increase the wear-resistance of stainless steel more than a hundred times.

In addition, using this technology, one can create parts and products with specified specific surface properties. For example, during ion-implanting zirconium with titanium, a barrier layer is formed that prevents hydrogen penetration, which can be used to increase the lifespan and safety of operation of nuclear fuel cells.

Today, the use of ion implantation on an industrial scale is constrained by the low thickness of formed ion-doped layers. Solving this problem by increasing the kinetic energy of the ion flux requires the use of large accelerators, which is not economically feasible.

"The proposed method of increasing the depth of ion penetration into a material is to enhance radiation-stimulated diffusion by very high-density ion beams, which are 2–3 times better than those used in traditional ion implantation", Alexander Ryabchikov said.

The results obtained by the laboratory confirm the possibility of creating a doped surface layer with a depth of several hundred micrometres, while the results of other ion doping methods reach a depth only in the dozens and hundreds of nanometres.

The authors of the study believe that the development of the method for the high-intensity implantation of ions with low energy can revolutionise the technology of improving the properties of materials.

Further research in this direction will make it possible to reduce the cost of using this technology and improve the quality of products. The TPU scientists received a grant from the Russian Science Foundation for their work.

From 26 to 30 August 2019, the International Conference on Surface Modification of Materials by Ion Beams (SMMIB-2019) was held at Tomsk Polytechnic University with more than 150 delegates from 22 countries taking part. For the first time, the largest scientific event in its field was in Russia; the event brought together leading scientists from Germany, China, the USA, Japan, and France.