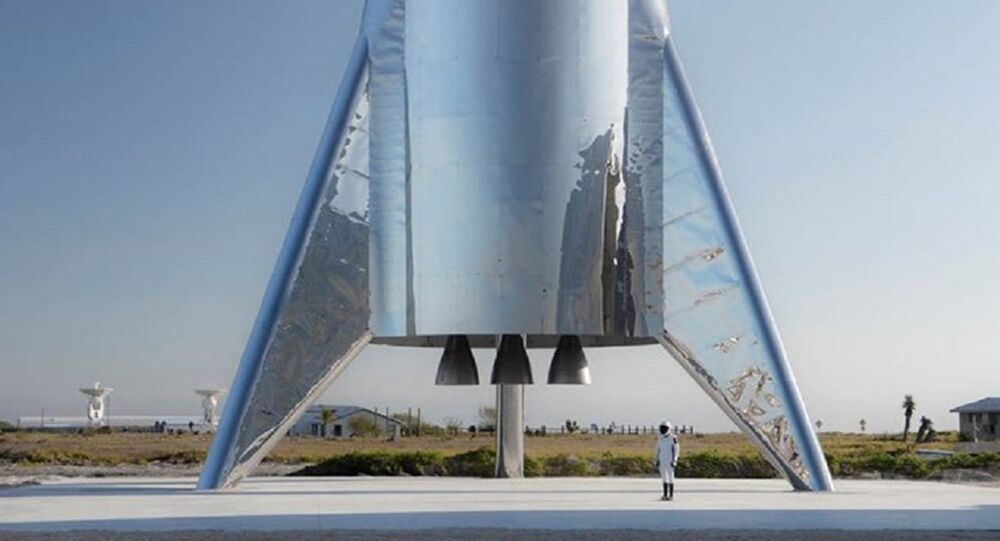 One of the images presumably shows Starship Mk1, which is being assembled at SpaceX's South Texas facility near the village of Boca Chica, in the background standing behind a building that contains a variety of parts and other equipment. The caption reads “Droid Junkyard, Tatooine,” referring to Luke Skywalker's home planet in the "Star Wars" movies.

The other photo is a close-up view of a ring-shaped section being lowered onto the Mk1's body, with Musk’s caption "Area 51 of Area 51."

The Mk1 and Mk2 - a similar prototype that is being built at the company's Florida facilities - follow in the footsteps of SpaceX's Starhopper vehicle, which was retired after acing a big test flight last month. SpaceX is aiming for a test flight that gets 12 miles (20 kilometers) up in October, followed by an orbital attempt "shortly thereafter," Musk said late last month.

The tests are necessary before the construction of the final starship, SpaceX's planned Mars-colonizing craft. That Starship will be capable of carrying 100 passengers and will launch atop a huge rocket called the Super Heavy. Both of the elements, rocket and spaceship, will be fully and rapidly reusable, Musk has said. The final Starship will sport six Raptor engines, while the Super Heavy will be powered by 35 of them. Those numbers could change, however; Musk is scheduled to give a Starship design update on September 28 from the South Texas site. Current prototypes have only three Raptors for the test flight.

Company representatives have said that the first operational flights of Starship, which are likely to be commercial satellite launches, could come as early as 2021. The earliest expected crewed mission of the vehicle -  a flight around the moon booked by Japanese billionaire Yusaku Maezawa – is planned for 2023.