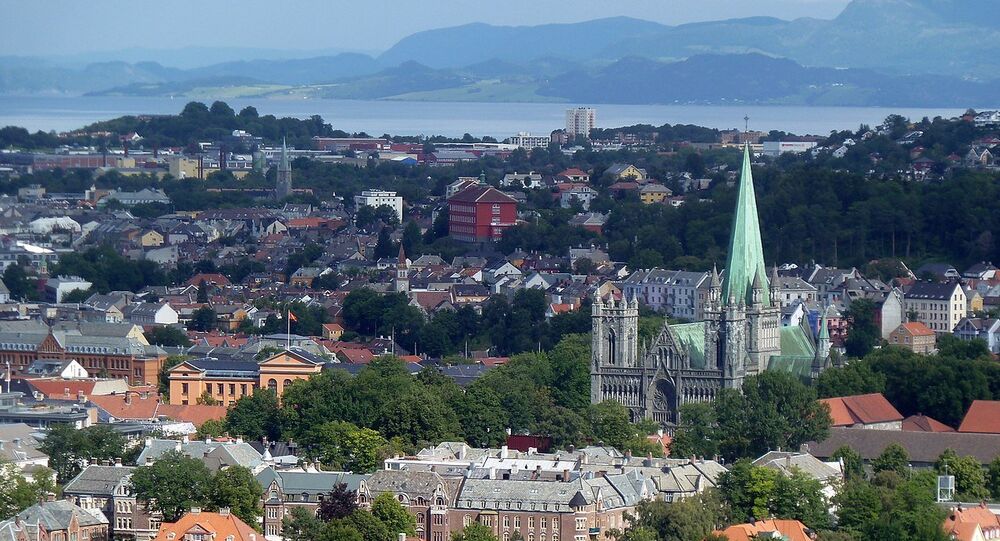 The artefact unearthed by the team appears to be a rare find as the last time such an object was discovered in Norway was back in the 1960s, with about 50 of them being found across the country in total.

A team of archaeologists from the Norwegian University of Science and Technology (NTNU) Museum has recently made an interesting discovery at a dig site in the vicinity of Trondheim where they unearthed a bronze cauldron dating back to the times of the Roman Empire.

According to Norwegian SciTech News website, the cauldron served as a burial vessel for a person who died "sometime around 150-300 CE," with the cremated remains of the deceased being put inside the artefact which was then laid to rest in a cairn.

"Vessels like these were imported from the Roman Empire and confirm that this was an area of status and wealth during Roman times", said archaeologist Merete Moe Henriksen, the project manager of the excavation site.

The cauldron was concealed beneath a stone slab where the archaeologists discovered it using a metal detector.

As the website points out, this particular type of vessel was “manufactured in Italy or in the Roman provinces of the Rhine region, and came to Scandinavia as a result of either trade or an exchange of gifts,” and while these bowls were mass produced, the object discovered by archaeologists is actually a rare find.

"The last find of a bronze bowl in central Norway was in the 1960s. Nationally, we know of about 50 vessels of this particular type," Henriksen added.

The archaeologist also remarked that they are yet to reach the bottom of the burial site and may yet "make new discoveries that are even older," noting that such finds would be quite interesting "because we know so little about burial customs that far back in time."