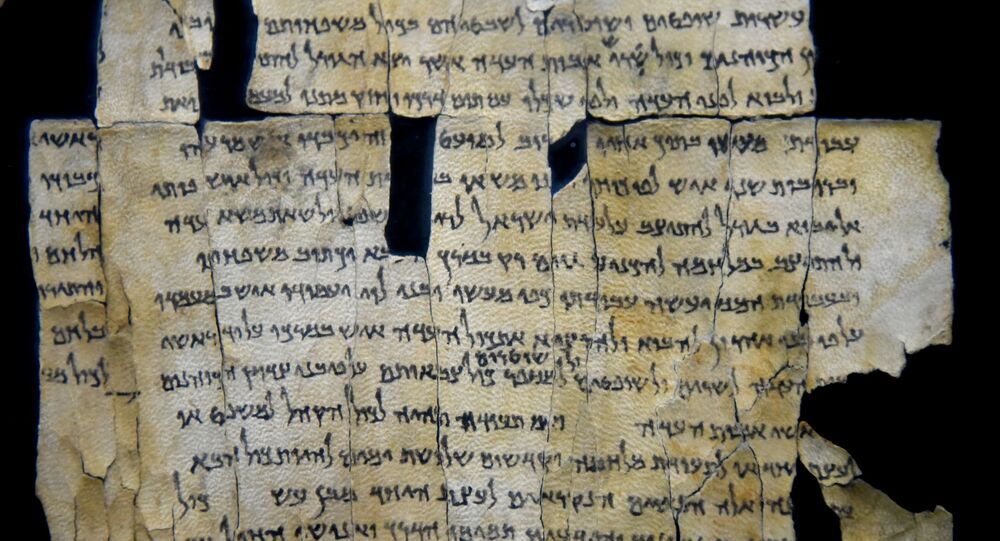 The scrolls, one of Israel’s most important national treasures, are considered to be one of the most significant archeological finds of the 20th century, and consist of over 900 manuscripts related to Judaism and the ancient kingdom of Israel, including the Hebrew Bible canon, dating back to between 400 BC and 300 AD.

A chemical analysis of the Temple Scroll, the longest and best-preserved of the Dead Sea Scrolls, has found that it has a salty coating on its written side, unlike anything found in the Dead Sea region.

The ancient scrolls, found across nearly a dozen caves in the Judean Desert on the northern shore of the Dead Sea in the West Bank by Bedouin shepherds in the mid-to-late 1940s, consist of hundreds of documents – from biblical texts to hymns, calendars, documents detailing religious traditions, and early scholarly observations.

But a new chemical analysis using advanced X-ray and spectroscopic equipment, conducted by researchers from Israel’s Wizmann Institute of Science, the Massachusetts Institute of Technology, and Hamburg University, has found traces of salts made from sulphur, sodium, calcium and other elements which do not tend to form naturally in the caves or the Dead Sea itself.

“The Dead Sea brine has a relatively low sulphate concentration, and although these evaporitic salts are particularly common in nonmarine hypersaline environments, glauberite and thenardite” (two sulphite minerals found on the Temple Scroll), these “are not commonly found in the Dead Sea region,” the researchers explained in a paper published in the Science Advances journal.

“This introduces intriguing questions on the provenance of the [Temple Scroll], which will be the subject of future studies,” the study added.

The Temple Scroll, found in 1956, is the longest of the #DeadSeaScrolls, measuring 8.146 meters! #Bible #Archaeology pic.twitter.com/L1tRu7t1FA

“This surprise came out, of salts that we weren’t expecting to find at all,” Admir Masic, study coauthor and MIT materials scientist, told Science News.

The next step, according to Masic, will be to figure where exactly the salty minerals found on the Temple Scroll do occur naturally.

Then, it is hoped, scientists will be able to discover how the coating material was imported from another area, or, perhaps, whether the scroll itself was produced elsewhere.

Dr. Ira Rabin, a scientist from Hamburg University and coauthor of the ground-breaking study, said her team’s work “has far-reaching implications beyond the Dead Sea scrolls,” serving, for example, to highlight the early technology of parchment making and how it evolved in the ancient Middle East.

Rabin also warned that the salt-based treatment poses a potential threat to the manuscripts, giving the scrolls “unanticipated sensitivity to even small-scale changes in humidity.”

“The point is that we now have evidence for the presence of salts that might accelerate [the manuscripts] degradation…These are aspects of preservation that must be taken into account,” Dr. Rabin stressed.

The Dead Sea Scrolls are considered to be some of the most important historical artefacts in the world, with most of them presently kept in a climate-controlled storage facility at the Israel Museum in Jerusalem.

The Scrolls made the news last October for all the wrong reasons after the Museum of the Bible in Washington, DC discovered that five of its scrolls were forgeries.