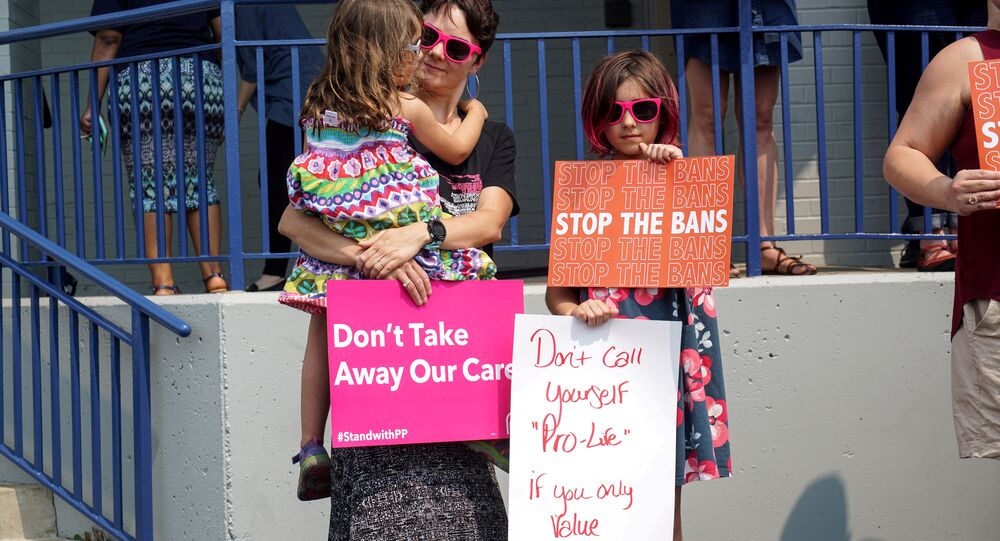 Tech giant Google is still struggling to repair a glitch in its Maps application’s algorithm that sometimes directs those seeking abortion clinics to pro-life groups and organizations.

Nearly one year after the multinational tech firm was alerted of its search system’s misleading abortion clinic results by a Gizmodo investigation, Google is still grappling with a faulty algorithm.

However, according to Google spokesman Paul Pennington, fixing the issue is a little more complicated than changing around a few keywords.

“There are situations in which it can be overt misrepresentation, and the business knows what they’re doing. I mean, that’s the purpose of the business,” Pennington told Vice News. “If you are picking the right business category, if you are - again - being very clear in your website, and you say, ‘We do not provide these services, etc.,’ that’s on us.”

According to the official, there are many overlapping, pre-determined categories that the system is dealing with when attempting to differentiate between pro-life and abortion clinics, such as “women’s health clinic” and “pregnancy care center.”

Though “abortion clinic” is supposed to be a protected category by Google and requires a special certification for a business to be listed under it, Pennington told the outlet that there are a number of pro-life organizations that have slipped through the cracks and received the title by mistake.

Vice News highlighted one peculiar example out of Little Rock, Arkansas. Though Little Rock Family Planning Services is the only abortion clinic in the city, it does not appear in the search results when one enters “Where can I get an abortion in Little Rock, Arkansas?” into Google Maps. Instead, the pro-life, anti-abortion organization Arkansas Right to Life pops up as a suggestion.

While the tech giant is attempting to remedy its flawed system, Pennington did note that individuals can report businesses that appear in categories that do not appropriately describe their offered services.

The need for those seeking abortions to obtain effective results is at an all-time high in the US, considering a recent rise in anti-abortion legislation in states such as Missouri and Alabama.

Additionally, affordable options for abortion may be on the decline following the Trump administration’s new guidelines for Title X funds. According to the new rules, organizations that receive such funds cannot refer patients to have an abortion unless the individual has been a victim of rape or incest, or has a medical emergency.

As a result, the nonprofit health education organization Planned Parenthood withdrew from the Title X program last month and announced that both costs and wait times for reproductive health services may rise.

Earlier this week, a senior Google staffer allegedly assaulted a pro-life activist who was protesting and writing anti-abortion slogans on the sidewalk outside of a Planned Parenthood clinic in Washington, DC. Despite Planned Parenthood offering a number of services such as wellness exams and screenings for cancer and sexually transmitted infections, the organization’s locations still draw anti-abortion activists across the country.