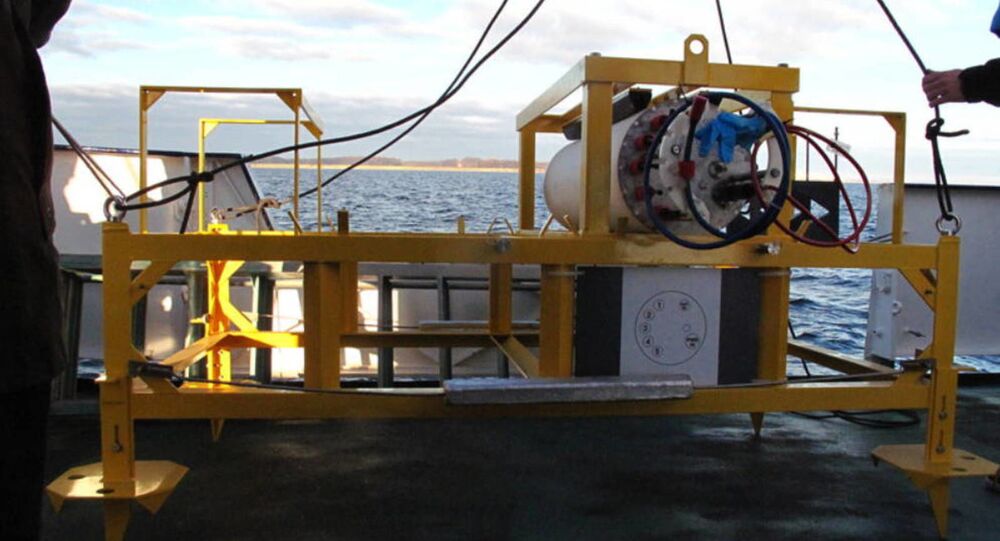 A massive underwater observatory for environmental research located in a restricted area off German coast has disappeared, its operator GEOMAR said in a statement. The GEOMAR Helmholtz Centre for Ocean Research is a marine research institute located in the German port city Kiel.

GEOMAR head of oceanographic research Hermann Bange said that scientists received a final signal from the Boknis Eck observatory on 21 August at 8:15 pm and that at first, researchers “thought of a transmission error."

© Photo : Forschungstauchzentrum CAU
The frayed, severed cable that was connecting the apparatus to the coast

However, divers, who were dispatched to the site, only found the torn cable 72 feet (22 metres) below the surface, just 1.2 miles (1.9 kilometres) off Germany’s Baltic coast at Eckernforde Bay.

The observatory included power and instruments weighing a total of 770 kilogrammes (1,700 pounds), which means that it could hardly have been dragged away by storms, currents or marine animals.

Bange appealed for any witnesses who he said could have tracked suspicious activity in the area on 21 August, adding that “maybe someone will find parts of the apparatus somewhere on the beach.”

He noted that the data that scientists get from the $330,000 (€300,000) observatory is “priceless.” Local police have been notified about the incident.

Established in 2016, the Boknis Eck observatory was run by GEOMAR jointly with the Helmholtz Center Geesthacht, Germany’s largest scientific organisation.  No boats, including fishing ones, were allowed into the area where the observatory is located.

Boknis Eck specifically measured changes in temperature as well as the levels of salt, oxygen, nutrients, chlorophyll and methane in the Baltic Sea.