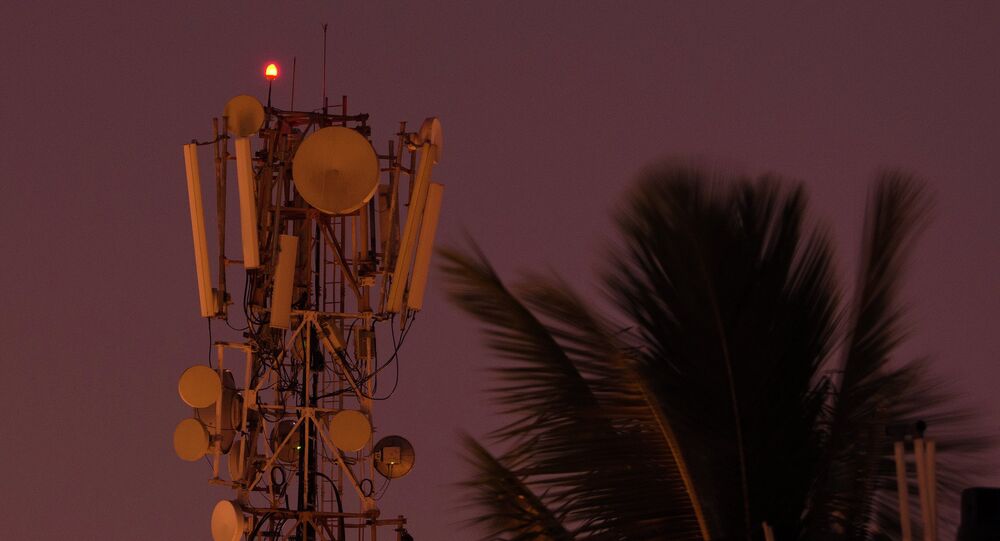 The mobile industry and meteorologists are at odds as they debate whether the radio signals given off by 5G networks are hindering the ability of weather satellites to monitor and track the progression of potentially dangerous storms.

The 5G, or fifth generation, mobile network promises to usher in a new day of smartphone capabilities and connectivity through its use of frequencies ranging from 24.25 to 27.5 gigahertz.

While users may see speeds around 10 times those of current networks, weather agencies are fearful that the new tech will interfere with their ability to forecast incoming storms such as Hurricane Dorian, which recently ravaged the Bahamas with winds never before seen by the islands.

#HurricaneDorian was the strongest #hurricane on record to make landfall anywhere in the #Bahamas when it made landfall with 185 mph winds on the Abacos earlier today. Hurricane Andrew (1992) was prior record holder with 160 mph winds. pic.twitter.com/cCvG37oNhs

Meteorologists such as Eric Allaix, the national frequency manager at France’s national weather service Meteo-France, believe that it will be difficult for satellites, which detect frequencies at 23.8 gigahertz, to separate radio signals from incoming inclement weather.

“It’s a trade-off between the economic benefits of 5G and the costs for human life,” Allaix told Bloomberg this week. “The satellite won’t be able to distinguish if these signals will be appearing because there’s a hurricane coming, or if it’s a consequence of the out-of-band emissions of this 5G technology.”

Weather experts fear that storms as Dorian, which has both intensified and changed its path since forming, will be harder to forecast.

The US National Oceanic and Atmospheric Administration (NOAA) has also argued that the full implementation of 5G technology will set weather forecasting back by decades. Both NOAA and NASA have argued with the US Federal Communications Commission (FCC) for years over whether or not there would be a “spill over” between frequency bands.

The FCC and the Global System for Mobile Communications Association (GSMA) both argue that no foreseeable harm will come to weather forecasting from the use of 5G, and the latter organization even dismissed the assertions of meteorologists and the weather community as a “territorial dispute triggered by the space industry,” according to Bloomberg.

Back in May, those within the telecom industry also appeared to lodge an attack against individuals questioning the potential harms of the 5G network. The New York Times published a response piece dismissing an RT America report that warned against the public’s 5G eagerness at the expense of health.

However, journalist and filmmaker Dan Cohen was quick to call out the Times, asserting that their interests, such as a recent 5G joint venture with Verizon, had muddied their reporting on the issue.

A huge conflict of interest buried in in the article: The NYT is collaborating with Verizon to pump out Big Wireless propaganda. Basic journalistic ethics would disqualify the NYT from reporting on 5G, but this is propaganda so the rules don't apply. pic.twitter.com/MvriVwTiqo

Cohen went on to point out that the NYT piece dismissed cancer concerns and other health risks that were previously backed by a “monumental” Food and Drug Administration study.

Incredibly callous. @WilliamJBroad dismisses parents whose kids cancer likely from the cell tower outside of their classroom as "angry parents" who simply have "fear". At least 4 students and 3 teachers from that school have developed cancer since 2016 https://t.co/81YyKvlzac pic.twitter.com/0AjQLLCWsE

In a move to save the estimated $565 billion opportunity to be gained from the airwaves, telecom lobbyists will meet next month with nearly 200 national regulators at Egypt’s Sharm el-Sheikh resort to attempt to form an agreement on 5G. Space and meteorology lobbyists will also be in attendance.

Warsaw Says It Will Sign 5G Agreement With Washington

US and Poland Sign Joint Declaration on 5G Network Security

Huawei Strikes 50 Commercial Deals for 5G Worldwide Despite US Crackdown